What Are The Main Rides In Magic Kingdom?

This is a list of the main rides at Magic Kingdom, including the most popular attractions and the ones you don’t want to miss.

We’ll start with Main Street U.S.A., then go clockwise around the park. These attractions aren’t ranked according to their quality – in other words, this isn’t a “worst to best” list.

These are the vintage vehicles – fire engines, horse-drawn trolleys, omnibuses, etc. – that you see running up and down Main Street U.S.A.

Board at one of the stations then take a journey down memory lane to the early 1900s, as you experience the sights and sounds of Main Street U.S.A.

There are two stations – one near Cinderella’s Castle and another near Walt Disney World Railroad Station.

If you’re looking to save on walking, take a ride on the Main Street Vehicles. Or, if you just want to ride one of them for fun, go ahead, you’ll get lots of enjoyment out of them!

They’re far from being the most exciting or groundbreaking attraction at Magic Kingdom, but they’re worth riding at least once since they’re so iconic. The lines are usually short, so consider having a ride on your next visit.

A circle round tour of the entire Magic Kingdom park on a early 20th century steam train. This is the very first thing you see once you step inside the Magic Kingdom entrance.

There are three railroad stations around Magic Kingdom: at the park entrance, in Frontierland between Splash Mountain and Big Thunder Mountain Railroad, and in Fantasyland near Casey Jr. Splash ‘N’ Soak.

Like the Main Street Vehicles, this isn’t as exciting as the other attractions, but you have to ride this at least once in your lifetime. You get some nice views of Magic Kingdom and it’s a super convenient way to get around the park.

It is a great opportunity to sit down and take a rest – it is also one of the places to take a nap at Disney World.

A boat tour through the tropical jungles of South America, Asia, and Africa all in the span of 10 minutes. Your skipper, who has hundreds of jungle puns lined up, takes you to see hippos, tigers, snakes, ancient temples, beautiful waterfalls, and more.

Jungle Cruise is another Disney classic, an opening day attraction in both Magic Kingdom and Disneyland. It has the charm and attention to detail you come to expect with any Disney attraction.

Sailing in the jungle is fun enough, but what truly makes this attraction is the skippers. They’re played by Cast Members and tell lots of jokes as you explore the jungle, and if you get a Cast Member who’s really into the role, it can make the attraction ten times better.

The wait time is usually less than thirty minutes, so that’s not too long to wait for such a great ride!

Sail on a slow-moving boat in the Caribbean, back when pirates reigned. See them pillage and plunder, explore dark haunted caves, and get caught in a pirate ship battle in this swashbuckling adventure.

You’ll spot Captain Jack Sparrow and a couple other characters from the Pirates of the Caribbean movies. There is also a small drop at the beginning, an added element to make the adventure more fun.

This is a classic Disney attraction and a great introduction to the Disney parks. It was one of the first big-budget, immersive dark rides Disney Imagineering created, inspiring many other groundbreaking attractions like the Na’vi River Journey and Dinosaur. Therefore, it is a must-do.

I was surprised to hear about this, but Pirates of the Caribbean wasn’t actually an opening day attraction. It actually opened two years later after the park opened, as many complained that they didn’t have one, like they did at Disneyland.

The Enchanted Tiki Room is a sit down show with singing birds, statues, flowers and few surprises here and there.

My favorite part about this show is the Polynesian theming. It’s like you’ve been transported to a tropical island, and it feels even more so if you bring in a Dole Whip (yes, you can bring Dole Whips into the show)!

To be honest though, this to me has always been one of the weaker attractions at Magic Kingdom. It’s good, and I know it’s a classic and it revolutionized the theme park industry when it was created.

Still, it’s a little underwhelming compared to the other attractions on this list. It can be a great place to have a rest – it’s in the shade and you can sit down!

Disney’s Splash Mountain is a log flume that lets you experience the story of Br’er Rabbit and his search for a Laughing Place.

This attraction features five adrenaline-pumping drops, one of which is in complete darkness, another is nearly 50 ft long.

The scary part isn’t so much the drops themselves, but the build-up to them. You never know when they’re coming and they tease you by giving you glimpses of other riders zooming down them.

Splash Mountain will be closing down soon to make way for a new Princess & The Frog themed attraction. We have no official closing date yet, but we’ve heard that it’ll close down sometime in late 2021 or early 2022.

So if you’ve never been on this ride, or want to say goodbye to it, ride it as soon as you can!

Big Thunder Mountain lives up to its tagline “The Wildest Ride In The Wilderness!” with its steep drops, sharp banked turns, and intense air-time moments.

This roller coaster is perfect for everyone, especially fans of spaghetti westerns – they’ll love the old-western feel of the attraction. It really is for all ages and makes my list of Best Magic Kingdom Rides for Seniors.

In my opinion, it’s the best roller coaster at Magic Kingdom. It’s not as thrilling or iconic as Space Mountain, but it’s much, much smoother, whereas Space Mountain always leaves me with a backache.

Circle round Tom Sawyer Island on an Americana style riverboat, where you’ll get views of Big Thunder Mountain Railroad, The Haunted Mansion, Splash Mountain, and more on this relaxing river cruise.

This is a great attraction for those needing a break after a busy day in the parks. The wait time is almost never long. If you time it right, you can just walk on.

The Liberty Square Riverboat, like the Walt Disney World Railroad, is a very recognizable icon in Magic Kingdom, and it’s worth taking a ride on at least once.

A spooky tour in a mansion inhabited by 999 ghosts, hosted by the ghoulish Ghost Host.

This ride is on most people’s top-10 best Disney World attractions, and with good reason. It fully immerses you into the story – it truly feels like you’re in a haunted house (in a good way).

What stands out in this attraction are the effects. You’ll swear you’re looking at a real ghost.

The wait-times for The Haunted Mansion can get pretty crazy, so you’ll want to get a Fastpass or get to the parks early. Still, it’s worth waiting in an hour-long line for. Plus, they have interactive games in the line, making it less of a pain to wait in.

A world-wide cruise sailing to the children of the world’s anthem of peace, “It’s A Small World.”

This is a ride everyone has heard of, even if they’ve never been to the parks. Or at the very least, they’ve heard the song “It’s A Small World (After All).”

People seem to either love or hate It’s A Small World. Some say it’s cute, while others say it’s annoying. I can understand both camps. The dolls and sets are very cute, but the ride is longer than it should be, and hearing the song over and over again gets very irritating.

Nonetheless, it’s a Disney classic, and everyone should give it a try.

Board a flying boat then soar over London and Neverland on Peter Pan’s Flight.

You’ll get to live out some of the scenes from the movie, including the climactic battle between Peter Pan and Captain Hook.

Peter Pan’s Flight is one of the most popular attractions at Magic Kingdom, so it usually has the longest wait-times.

Waiting in line isn’t too bad though because it’s themed around the Darlings’ house from the movie and it has lots of interactive elements that will keep you from getting bored.

Choose from a selection of 90 horses, then gallop around Fantasyland along to carnival style Disney music.

Again, this attraction isn’t as interesting as some of the others at Magic Kingdom, but it’s very iconic and you should give it one ride on your visit.

Most times I’ve been able to walk straight on to the Magic Kingdom Carousel ride without having to wait in line.

Journey through the Seven Dwarfs mine on a swinging minecart roller coaster.

The best part of the Seven Dwarfs Mine Train attraction is the state-of-the-art projection-mapped audio-animatronics of the dwarfs. Their movement is incredibly realistic, and the projection-mapped faces make them look like cartoons brought to life.

The swinging mine car is lots of fun and you haven’t experienced anything quite like it before at a theme park.

Most of the time, either Seven Dwarfs Mine Train or Space Mountain has the longest lines in Magic Kingdom. To be honest, if you’re going to wait in a long line, I’d go for Space Mountain instead. This ride is great, but for thrill-seekers especially, it’s too short.

Fly over Fantasyland on Dumbo the Flying Elephant. Go as high or low as you want – you’re the pilot!

I love the queue system they have for the Dumbo ride. Instead of waiting in a line, you get a pager then sit in a air-conditioned circus tent with a play area and wait to be called up to ride.

It’s way better than standing in the hot sun for ages waiting for your turn.

The Dumbo ride is a Disney classic that kids will love. It’s so much fun piloting the elephant and looking out onto Fantasyland.

Spin ’round and ’round in an Alice in Wonderland themed tea cup.

This is a definite must do at the park. Unlike some of the other Disney classic attractions, like the Main Street Vehicles and the Walt Disney World Railroad, this one is way more fun and exciting.

You control the speed you spin at by turning the wheel at the center. If want a tame experience, don’t spin it all, and the big table underneath the teacup will spin you slowly. Or, if you to spin fast, go crazy and use all your strength to the wheel as fast as you can!

Last but not least, Space Mountain is a high-speed roller coaster through the depths of space. Speed passed stars, space tunnels, space stations, and more in adrenaline-pumping thrill ride.

Thrill seekers will adore Space Mountain. There are big drops, intense g-forces, and an added extra element of fear, which is that it’s in complete darkness, meaning you don’t know what’s going to happen next.

Be warned, the ride is very bumpy and may too rough for some, me included. But if you’re okay with that, this is a must do. 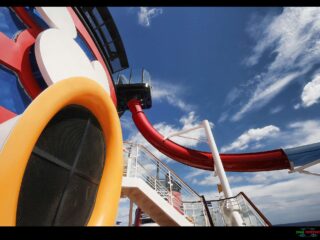 Disney Cruise AquaDunk - What You Must Know
← Read Last Post 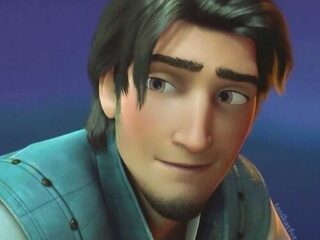