Want a way to make the lines shorter on Disney World rides? Use the single rider line.

What Is A Single Rider Line?

It is a separate line from the standby line featured in a handful of Disney World attractions intended for people who don’t have a group with them, or who don’t mind that they will not ride with their group.

Most of the time, the single rider line is much shorter than the standby line.

For instance, once when Rock ‘N’ Roller Coaster Starring Aerosmith had a 90-minute wait, I managed to get on in less than 20 using the single rider line.

The wait times vary, but in almost every case, the single-rider line is much shorter than the standby.

If a single rider line is available, and you are fine splitting up your group, you will save time standing in line. The time saved will be different depending on the ride and time of day – but a single rider line can be a useful tactic to save time at Disney World and experience more of the rides.

Where Can You Find The Single Rider Line?

Where can you find the Single Rider Lines at Disney World?

The single rider line for Expedition Everest is off to the side, next to the Serka Zong Bazaar gift shop.

If you can’t find the single rider line, just ask one of the Disney Cast Members at the entrance of the attraction. They’ll be happy to help!

Can You Ride With Your Family, Friends, Or Other Members In Your Group?

Sometimes, if you’re very lucky, you can ride with one or two of your group members, if they have more than one seat left on the ride vehicle.

However, there’s no guarantee that this will happen. Most likely, you’ll have to sit next to a random guest.

Still, while you won’t be able to ride with your group, you don’t have to wait as long as you would in the standby line.

When Do Single Rider Lines Close?

As far as I know, single rider lines are always open! I’ve never seen one close. Although, Cast Members might close them if the crowds are light or if there’s some issue with the line.

Is There Anything I’ll Miss Out On If I Use The Single Rider Line?

If you take the single rider lines at Disney World, you’ll most likely miss out on a lot the theming in the standby queue. You might also miss out on some of the interactive elements of the attractions.

More on this in the section below, where I cover each attraction in detail.

Which Attractions Have Single Rider Lines?

Unfortunately, there are only four attractions throughout Disney World that have single rider queues. The number has declined considerably since 2020. Nonetheless, they’re very useful!

Test Track is one of the Best Epcot Rides

Design your dream car on a customizable computer system. Then, board it and put it to the test on a high-tech, futuristic driving course. You’ll test its capability, efficiency, responsiveness, and finally, power, where you speed out the building at nearly 65 MPH over a banked turn.

You then compare your test scores with other riders and see who designed the best car.

The single rider line at Test Track is usually a good chunk shorter than the standby line. However, single-riders don’t get to design their own car and they’ll miss out on some parts of the futuristic theming they have in the standby line.

If you don’t mind missing out on those though, this is a great way to cut the wait.

Enter a recording studio, G-Force Records, where you’ll spot Aerosmith recording a song. After a short moment though, they have to go because they’re running late for a concert across town.

Lead singer, Steven Tyler then suggests that the guests come with them and that they get backstage passes. But in order to get to the concert in time, the guests have to board a “really fast” super-stretch limo.

On goes a lightning fast roller coaster in the dark, complete with special effects and onboard speakers blasting Aerosmith music in your ears.

You won’t miss much theming if you take the single rider line.

However Rock ‘N’ Roller Coaster can sometimes have the same wait time as the standby line, as this is a very slow-moving line.

The best thing to do would be to ask the Cast Member at the entrance what the expected wait time will be for the single rider line, then decide for yourself if it’s the best option.

This is your chance to pilot the one and only Millennium Falcon. The cockpit holds six passengers, each of which can take one of three roles – pilot, gunner, and engineer.

Your Millennium Falcon Smuggler’s Run mission is to go to a First Order base and steal some coaxium for the Resistance. You’ll shoot down tie fighters, fly through a ship yard, and do much more, which I won’t spoil here.

This is a fast line, so you won’t have to wait very long. The only thing is single riders can’t be pilots, which many say is the best position on the ride.

Honestly, even if the single rider line is shorter, I’d say it’s better to use standby, as you’re more likely to be pilot and you get to fly with the rest your group instead of a bunch of strangers. A lot of the enjoyment of this ride is in enjoying it with others.

The tallest Disney mountain, Expedition Everest is a high-speed roller coaster where you have a number of close encounters with the yeti.

Disney’s Expedition Everest reaches a top speed of 50 MPH, has an 80-foot drop, as well as some surprise elements which I won’t spoil here.

Again, you’ll miss some of the theming, but you’ll get on the attraction much faster.

Does Flight of Passage Have a Single Rider Line?

The best that you can hope for is that you will get on the ride slightly quicker if you are prepared to go it alone. Cast Members often ask for a single rider when you are in the conventional line. This doesn’t make it very much faster though, and you can’t rely on being called forward anyway – it is the luck of the draw.

Do you use the Single Rider Lines at Disney World? 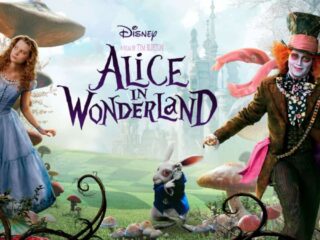 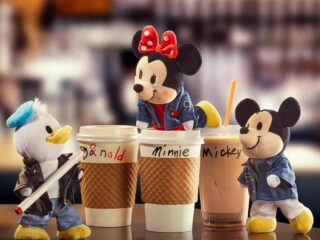