Opened in 1982, Spaceship Earth takes us on a journey through time to explore how communication has advanced since the time of the cavemen to the present.

Spaceship Earth is one of the most recognizable and beloved of all the Epcot Rides and Attractions. Let us find out more about the evolution of the Spaceship Earth Script and the different Narrators who have provided it’s voice over the years.

There have been four Spaceships Earth Narrators since the ride opened in 1982. Each narrator has had a different Spaceship Earth script.

The first narrator is reputed to have been  Lawrence Dobkin. He narrated the story from opening day in October 1, 1982 until May 26, 1986.

Spaceship Earth underwent a major refurbishment in 1994 and returned with a new narrator. Jeremy Irons became the new narrator on November 23, 1994. Of course I was pleased to hear that an English actor got the role.

I was even happier to hear that an English woman was to become the next narrator of Spaceship Earth after Jeremy Irons. The iconic voice of Dame Judi Dench has been heard as the narrator since February 15, 2008. This was following the refurbishment of Spaceship Earth which added new scenes and the (not great) interactive features at the end of the ride.

All of the narrators of Spaceship Earth have had a different script. This is an extract from the first one.

Where have we come from, where are we going? The answers begin in our past. In the dust from which we were formed, answers recorded on the walls of time. So let us journey into that past, to seek those walls, to know ourselves, and to probe the destiny of our Spaceship Earth. Now, suns reverse, moons re-phase, let us return to ancient caves where first we learn to share our thoughts-and to survive. Where are we now? It is the waiting dawn where vast things stir and breathe. And with our first words and first steps, we draw together to conquer the mammoth beast. It is the dawn of a new beginning, the dawn of recorded time.

Dame Judi Dench has been the narrator of the Spaceship Earth Script since 2008. The attraction is due for a major refurbishment, which was meant to start in 2020. However, that has now been delayed. The good thing is that we get to hear Dame Judi for a bit longer.

“Like a grand and miraculous spaceship, our planet has sailed through the universe of time; and for a brief moment we have been among it’s passengers. But where are we going? And what kind of future will we discover there? Surprisingly, the answers lie in our past. Since the dawn of recorded history, we’ve been inventing the future one step at a time. So let’s travel back in time together. I’ll show you how our ancestors created the world we know today, and then it will be your turn to create the world of tomorrow.”

“Here, in this hostile world, is where our story begins. We are alone, struggling to survive until we learn to communicate with one another. Now we can hunt as a team and survive together.”

WE MOVE FORWARD TO 30,000 BC WITH A SCENE SHOWING CAVEMEN COMMUNICATING WITH PICTURES ON CAVE WALLS.

“It takes 15,000 years to come up with the next bright idea: recording our knowledge on cave walls. There was only one small problem, when we moved, the recorded knowledge stayed behind.”

A BIG STEP FORWARD IN 3100 BC WHEN THE EGYPTIANS MAKE PAPYRUS , THE FIRST KIND OF PAPER.

“Now, let’s move ahead to ancient Egypt, because something is about to happen here that will change the future forever. This unknown Egyptian pounding reeds flat is inventing papyrus—a sort of paper. Papyrus, in turn, creates better record keeping of plans, designs, and unfortunately taxes. But it also brings with it the dawn of great civilizations.”

“At this point, each civilization has its own form of writing, which none of the others can understand. But the Phoenicians, who trade with all of them, have a solution. They create a simple, common alphabet, adaptable to most languages. Remember how easy it was to learn your ABC’s? Thank the Phoenicians—they invented them.”

ADVANCEMENTS BY THE ANCIENT GREEKS 500 BC

“The ancient Greeks were great inventors of the future. First, they established public schools, and then begin teaching an intriguing new subject called mathematics. And with math comes mechanical technology and the birth of a high-tech life we enjoy today.”

“With lessons learned from the Greeks, the Romans create a powerful empire. To move their armies around, they build a system of roads all over the known world. Rome built the first “world wide web,” and it’s leading us into the future.”

THE GREAT LIBRARY OF ALEXANDRIA 48BC

“But then we hit a roadblock—Rome falls, and the great Library of Alexandria in Egypt is burned. Much of our learning is destroyed—lost forever… or so we think. It turns out there are copies of some of these books in the libraries of the Middle East, being watched over by Arab and Jewish scholars. Call it the first backup system. The books are saved, and with them our dreams of the future.”

“In the meantime, here in Europe, monks toil endlessly, recording books by hand—but that is about to change.”

THE INVENTION OF THE GUTENBERG PRINTING PRESS 1450 AD

“In 1450, Gutenberg invents the movable type printing press. Now knowledge can travel as fast as these new books… and travel they do.”

“Books make it easier to invent the future in every field, and the result is an incredible explosion of innovation that we call the Renaissance.”

“Books, it seems, were just the beginning. Now communication technology races headlong into the future, and soon people all over the world are sharing life’s most important moments faster than ever before.”

“Extra! Extra! Read all about it! Lee surrenders at Appomattox! Civil War is over! Extra! Extra!” ( Paper Boy)

HUGE TECHNOLOGY ADVANCES GIVE US MOVIES AND NEWSREELS

And today, we received word that Amelia Earhart has landed safe and sound in Wales. Today, July 19th, 1948, will forever be known as the day that she flew across the Atlantic and into the hearts of people around the world. Amelia Earhart has gone where no other woman has gone before! ( Radio Announcer)

“By now, we’re all communicating from anywhere on Earth—and in 1969, from somewhere else.”

“It’s one small step for man; one giant leap for mankind.” ( Neil Armstrong)

“To send a man to the moon, we had to invent a new language, spoken not by man, but by computers—at first very large, very expensive computers—but we see the potential.”

THE BIRTH OF THE MODERN PERSONAL COMPUTER 1976 TO PRESENT

“What if everyone could have one of these amazing machines in their own house? There’s just one problem: they’re as big as a house. The solution comes in, of all places, a garage in California. Young people with a passion for shaping the future put the power of the computer in everyone’s hands. Together, we form a super network that goes with billions of interactions, and once again we stand on the brink of a new Renaissance.

After 30,000 years of time travel, here we are—a truly global community, poised to shape the future of this, our Spaceship Earth.”

“For the first time in history, all of us can have a say about the kind of world we want to live in. The choices we have made for the past 30,000 years have been inventing the future one day at a time. And now, it’s your turn. Let’s have some fun creating the future, shall we?”

On your computer screen, answer a few questions for us. Then, we’ll show you a new world, custom made just for you. Ready?

Well done! Now along with your answers let’s add in some amazing new technology that we happen to know about.

And now I believe your future is just about ready. Let’s take a look, shall we?

“So here’s to the next 30,000 years on Spaceship Earth. While no one knows for sure what we’ll see or do, I do know it will be quite an adventure—an adventure that we’ll take and make together. See you in the future!”

What do you think of the Spaceship Earth Script? How much do you think it will change when the attraction is updated?

If you are planning on visiting Epcot we have written lots of guides to help you have the best day possible. If you want to know all about the Best Rides at Epcot or even the Epcot Thrill Rides we have you covered.

World Showcase has 11 different countries to explore and here you can find out all about the Epcot Countries. A couple of favorites are United Kingdom in Epcot and Epcot Italy. Which is your favorite?

Epcot is one of the most diverse and interesting places to eat in Disney World. Here is a guide to the Best Restaurants in Epcot.

If you want a great start to the day then Where can you get the Best Breakfast at Epcot is your essential guide. 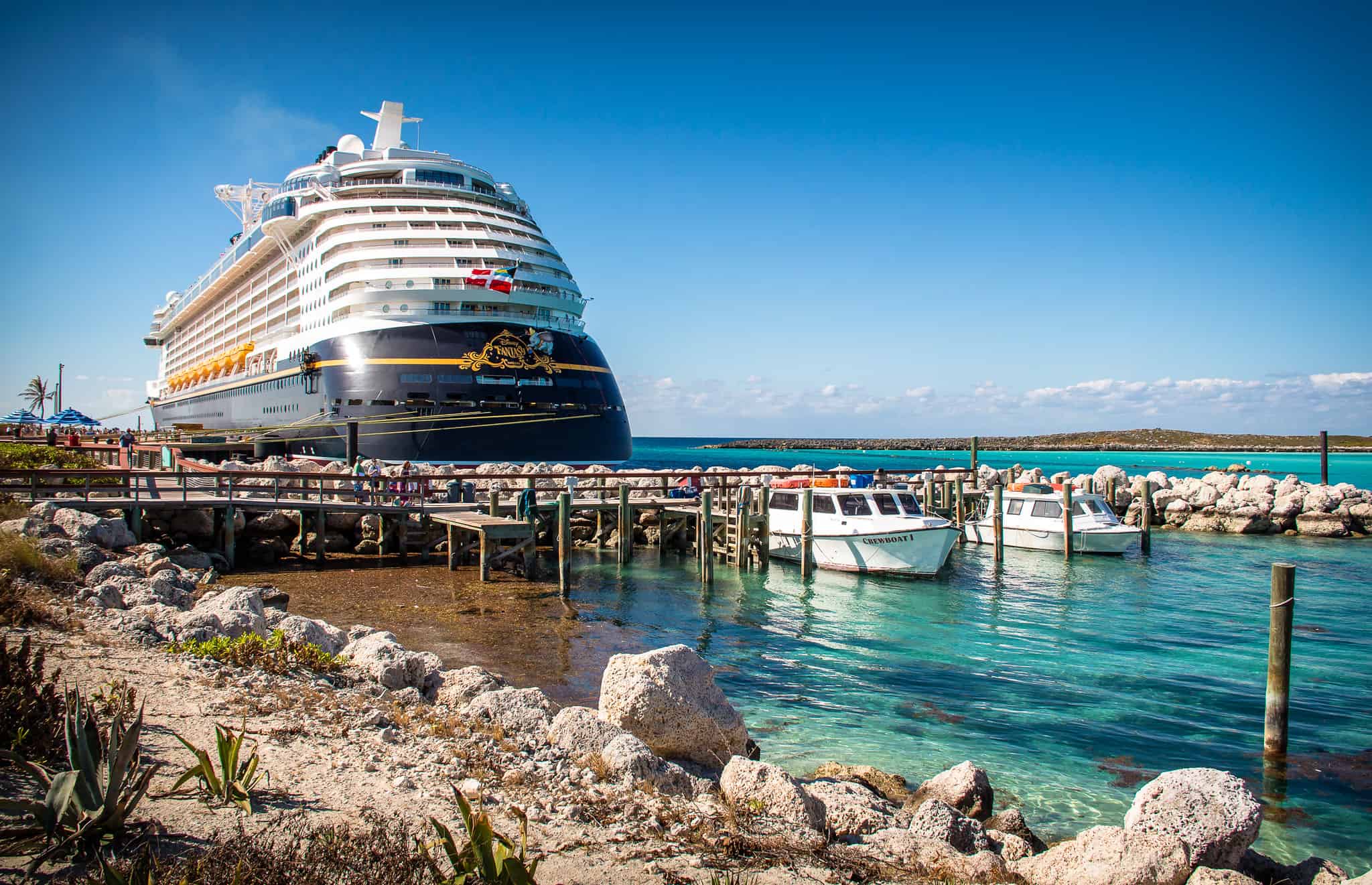 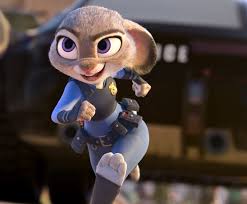