Ever wanted to ride a bike with E.T.? Experience the Magic of Hogwarts? Race through New York with Jimmy Fallon? (Wait, that’s an attraction?)

You can do all that and so much more at Universal Studios and Islands of Adventure.

Which Universal Orlando rides are the best? Take a look a the list below to find out, which goes from least best to… very best?

It has the typical Jurassic Park movie storyline where at first, you’re looking at awe at the dinosaurs, then everything goes wrong and the dinosaurs escape, then there’s the inevitable T-Rex chase.

The Jurassic Park River Adventure ride is fantastic! The animatronic dinosaurs are huge, the theming is incredibly immersive, and to top it all off, it has an 85 foot drop in the dark.

The build-up to the drop is almost as good as the drop itself. You first hear an announcement saying you’re going off course and are entering the raptor containment area.

Then you see the raptors have broken through the raptor enclosure and are now loose. After, that you climb up a steep, dark lift-hill with raptors jumping out and attacking you from all sides. Then you think you’re safe, until – wait, what’s behind that fog?

That might have to be one of my favorite scenes in a theme park ride.

9. Harry Potter And The Escape From Gringotts (Universal Studios)

While on a tour of Gringotts Wizarding Bank, you get caught in the middle of Harry, Ron and Hermione’s plot to break into Bellatrix Lestrange’s vault and steal a horcrux.

The ride system combines roller coasters aspects of Revenge of the Mummy with the 3D effects of The Amazing Adventures of Spider-Man. In essence, Harry Potter And The Escape From Gringotts is a 3D roller coaster.

The highlight of the attraction is most definitely the part in the line where you go through the main lobby of Gringotts bank. It looks exactly like the set in the movies.

The ride itself is a highly immersive thrill ride, complete with drops, launches, and some simulated freefall elements.

8. Revenge Of The Mummy (Universal Studios)

One strength of Universal Studios over Disney is since they aren’t necessarily targeting kids, they can have much more darker themes in their attractions.

Based on Brendan Frasher’s “The Mummy” franchise, Revenge of the Mummy takes place on a live movie set for the fictional sequel to the Mummy.

However, the set is cursed and comes to life, and on goes a thrilling a high-speed roller coaster where you encounter mummies, beetles, and other horrors as you try to escape the set with your life.

The sets on the Revenge of the Mummy ride and in the line are amazing. They make you feel like you’re in a spooky, dark Egyptian temple. The best part is at the start of ride where everything is slow, quiet, and dark, and you don’t know if something terrifying waiting right around the corner.

The roller coaster portion is another highlight. You are launched into the pitch-dark and then go through lots of twist, turns, and steep drops. It’s one of the best roller coasters I’ve ever been on.

The Simpsons replaced the much beloved, but rather dated, Back to the Future ride.

I can see why people would say this is one of the weaker attractions at the park, given that all it is a motion simulator. However, I’m a huge Simpsons fan, and I love every second of it.

You and the Simpsons have been chosen to be the first riders of the new attraction at Krustyland called “Thrilltacular: Upsy-Downsy Spins-Aroundsy Teen-Operated Thrillride.”

Everything turns south though when Sideshow Bob takes over the theme park and tries to kill the Simpsons family. What follows is a hilarious, chaotic adventure through Krustyland, which then ends with a giant baby Maggie being set loose on Springfield.

I love all the jokes about other theme parks. One of the best parts is how they tease theme parks for always building the exits of their attractions next to gift shops.

It feels like you’ve been dropped into an episode of the Simpsons – it’s amazing!

I’m a huge fan of E.T. – in fact, I’ve got the movie poster up in my bedroom which I’m gazing at as I procrastinate writing this article. Therefore, this ride is perfect for me!

E.T. needs your help (and Steven Spielberg’s help, apparently) to bring him back to his dying home planet, which can only be saved by his magic touch. In order to get him over there, you need to board a bicycle with him in the basket and get there as fast as possible.

This is a great ride for fans of the movie as well as anyone who like the classic Fantasyland style dark-ride.

The only thing is it could use a bit of an update. Especially at the end, when E.T. is supposed to say all of the riders’ names, but instead, since the audio is so bad, all that comes out is what sounds like a series of low grunts, moans, and then faintly you can hear him mispronounce your name.

Still, the E.T Adventure is a great attraction.

Out of all the shooter rides I’ve been on, Men In Black: Alien Attack is the best. It puts you right in the middle of an alien invasion of Manhattan, and it’s up to you to blast those aliens back into space.

I could ride this over and over again – it’s so much fun! It feels like you’re in an action movie.

It’s also home to one of my favorite pre-shows, where The Universe And You tour turns out to be a Men In Black recruitment agency.

One tip for the ride: go in the backseats, if you can. When the vehicle spins around, you’ll get pushed back in your seat from all the g-forces, which is really cool sensation you won’t get in the front-row.

This attraction takes you from Diagon Alley at Universal Studios to Hogsmeade over at Islands Of Adventure, or vice-versa, depending on where you start.

You get in your own train compartment and outside the window you can see the English country-side go by as you travel to or from Hogwarts. You can also see people walk passed the hallway, and sometimes, you might even see a dementor.

The Hogwarts Express attraction is very immersive and truly feels like you’re on your way to or from Hogwarts.

It’s quite possibly one of the best transportation rides at a theme park, given how well-themed it is.

This is the best attraction Universal has created in a while. First, we had Reign of Kong, which wasn’t bad, but it wasn’t great either. Then in 2017, we got Race Through New York Starring Jimmy Fallon, and in 2018 we got Fast & Furious – Supercharged.

Both of these are considered some of the worst attractions Universal has ever made, and it’s not hard to see why…

Then finally, in 2019, we got ourselves another great Universal attraction!

This is a great roller coaster that has pretty much everything you could ask for: tight bends, air-time moments, free fall drops, a backwards drop, and a total of seven catapult launches.

The theming is great too, and it all works even better if you ride it at night.

Even if it’s a long wait, you should definitely go on Hagrid’s Magical Creatures Motorbike Adventure!

2. Harry Potter And The Forbidden Journey (Islands Of Adventure)

One of the greatest dark rides ever created, only beaten by the attraction which is in the number one spot and Rise of the Resistance.

While on a tour of Hogwarts castle, Harry, Ron and Hermione suggest you go with them to a Quidditch game. In order to get there, you have to board a magic, flying bench. Things go wrong though when a dragon is set loose, and everything gets even more pear-shaped from there…

You have to experience this at least once in your lifetime. It doesn’t feel like you’re on a ride – it feels like you’re there in the action!

The queue is just a good as the attraction.

It takes you through many locations at Hogwarts castle you’ve seen from the movies, such as the Defence Against The Dark Arts classroom, Gryffindor Common Room, and Dumbledore’s office. Alongside the Indiana Jones Adventure, this is the best theme park queue in the world.

I also like that The Forbidden Journey has some scary moments in it. The dementor scene is genuinely chilling, especially when you’re surrounded by them at the end.

1. The Amazing Adventures Of Spider-Man (Islands Of Adventure)

Like Forbidden Journey, this ride is extremely immersive. I love both of these attractions, but the reason I like this one more is because it’s much more thrilling, while at times Forbidden Journey can feel slow.

While taking photos for J. Jonah Jamoson, you stumble on the Sinister Six’s warehouse and see they have stolen the Statue of Liberty. They spot you snooping though, and on goes a thrilling 3D chase through Manhattan.

The way they blended live sets with 3D effects was masterful. You can’t tell what’s 3D and what isn’t.

Usually I don’t like those 3D gags where something flys up in your face. In this ride though, those gags work, with one of my favorite being the part where Spider-Man jumps on your car.

This ride is a masterpiece. Besides Guardians Of The Galaxy – Mission: BREAKOUT!, this is my favorite theme park attraction in the entire world.

Which is your favorite Universal Studios Ride? 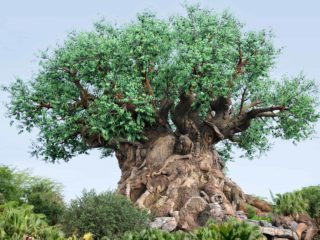