When Will Disney Release Fall 2023 Cruises?

Many of us are eagerly awaiting the new Disney Cruise Itineraries for Fall 2023.

Whilst some cruise lines already have their itineraries released well into 2024, Disney Cruise Lines has still not released their Fall 2023 sailings.

This does tend to be the pattern that Disney releases their itineraries later than most other cruise lines.

When will we know what the Fall Disney Cruise sailings will be for 2023? And when will they be available to book?

When Are Disney Cruises Usually Released?

Here is a chart that shows when the new Disney Cruise Itineraries have been released since 2015.

If you look at the past 8 years you will see that there is a fairly predictable pattern, but that the Summer 2023 sailings were released quite a bit later than most would have predicted.

This article was first published on 12 July 2022 when for most years, except 2020, the Fall itineraries were released in May or early June.

Clearly, we are now past that. It is likely that the 2023 itineraries will be released a couple

How are Disney Cruises Released to Book?

Disney Cruise Line usually announce the cruises about a week before they are actually released. This gives guests the chance to look at the itineraries and see what they want to book

Disney Castaway Cay Club Members are given priority along with certain other categories.

You become a member of the Disney Castaway Cay Club after your first sailing. Silver Members have sailed between 1 and 5 cruises, Gold between 6 and 10. Platinum have sailed 10 cruises and above.

Usually the earlier you book the lower the price.

Booking early is also a good thing if you want to book Concierge staterooms, particularly on the Disney Wish.

As an example here are the dates for when guests could book the Summer 2023 Disney Cruises.

Where Will Disney Cruise Line Sail in Early 2024?

It is less clear where the other Disney Cruise Ships will sail.

We still don’t know where the Disney Wonder will sail in Fall 2023. The last scheduled cruise is an 8-night Alaska from and returning to Vancouver.

Usually, we would expect that the Wonder would return to San Diego to sail Mexican Riviera and Baja cruises. However, the Magic will be sailing from San Diego in October and November 2023, before sailing to Galveston in December.

The Disney Dream is sailing out of Fort Lauderdale, a new port for Disney Cruise Line. She will be sailing Bahamian and Caribbean cruises and it is likely that this will continue into 2024.

It is likely that the Disney Dream will sail to Europe again in May 2024 and return in the early Fall.

The big question is whether or not there will be any Disney Cruises to Hawaii in 2023. There aren’t any scheduled yet and the only remaining chance for a Disney Hawaiian Cruise for 2023 is in the Fall.

If the Hawaii cruises do happen it is likely that the Disney Wonder will sail from Vancouver to Hawaii and then Hawaii to San Diego on 10 and 11-night cruises.

Again, this is all speculation and we won’t know until the Fall 2023 Disney Wonder Cruise Sailings are released.

We have so many guides for you to make your Disney cruise planning so much easier! Here are some to get you started!

How to Choose a Stateroom on a Disney Cruise

What You Need to Know About Food on a Disney Cruise

Join Our Disney Cruise Group for Tips and Giveaways 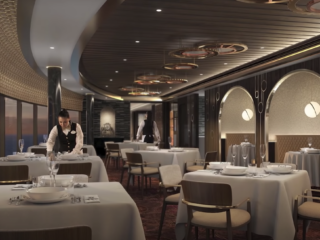