To find some of the best attractions in the world, look no further than the Wizarding World of Harry Potter at Universal Studios Orlando.

But which are the Best Harry Potter Rides at Universal Orlando Florida?

The attractions in Harry Potter World have won numerous accolades and have continued to wow guests since the Wizarding World opened.

There are two lands in Harry Potter World: Hogsmeade in Islands of Adventure and Diagon Alley in Universal Park.

There are a total of five rides between the two. Hogsmeade in Islands of Adventure has the most, coming in at three attractions.

We’ll rank each of the Harry Potter rides from worst to best and take a look at each of them in detail.

5. Flight Of The Hippogriff (Islands of Adventure)

Flight of the Hippogriff is a kid’s roller coaster based on the scene where Harry Potter flies on the back of Buckbeak in Prisoner of Azkaban.

This ride used to be The Flying Unicorn when Islands of Adventure originally opened. It was relatively easy to convert this small roller coaster to a Harry Potter theme by just making some cosmetic changes.

The story of the attraction is that Hagrid is going to teach you how to ride a Hippogriff. The ride starts with an encounter with an impressive-looking Buckbeak animatronic, which bows to you as you ride by, giving you permission to fly alongside her.

Flight of the Hippogriff is the best ride for little kids at Wizarding World. The roller coaster has no drops and is slow, so it’s very tame.

The only thing is it’s a little rough since it’s an old track, but it’s not too bad as something like Space Mountain, which is like being in one of those massage chairs at the local mall that everyone says is comfortable but actually just hurts your back.

The best way to experience this ride is to go at night, as you get some fantastic views of Hogwarts Castle and Hogsmeade lit up at night.

Also – and this is general advice for all roller coasters – go in the back row, as it’s much faster down the first curve.

This ride is a lot of fun and a must-do for Harry Potter fans, especially the little ones. But compared to the others, this one doesn’t have much theming and isn’t much besides a kid’s roller coaster.

This is an immersive experience that simulates the journey to and from Hogwarts Castle on the Hogwarts Express.

On your journey, you’ll see London, Death Eaters, Malfoy Manor, the Forbidden Forest, and more. You’ll also see Harry and his friends walk past you on the train, as well as a few foes, such as the ominous dementors.

I usually complain about the over-reliance on screens at Universal parks.

In this case, though, they integrate the screens seamlessly into the ride, making it really feel like you’re on board the Hogwarts Express traveling to Hogwarts.

Diagon Alley vs Hogsmeade – Which is the Best?

It’s also a very useful transport from Hogsmeade in Islands of Adventure to Diagon Alley in Universal park. And as a bonus, each way has a different experience.

For example, on one way you can see centaurs galloping by the train, while on the other you can see the flying car from Chamber of Secrets.

So if you have the time and the lines are short, it’s worth checking out both versions of the ride, one coming from Diagon Alley, and the other coming from Hogsmeade.

I love the queue at the Diagon Alley station because it is themed to King’s Cross Station (though it’s a lot cleaner than the real place).

There’s also an impressive effect where you can see other passengers going through the brick barrier to Platform 9 3/4, just like in the movies.

Keep in mind that the line in the Hogsmeade side isn’t as interesting. It’s a building with some Harry Potter music playing and that’s about it.

One bug with this attraction is that the only way to experience is with a park-hopper pass. That’s because again, it takes you from one park to the other.

Also, the line for Hogwarts Express is very slow.

3. Harry Potter And The Escape From Gringotts (Diagon Alley)

Now we’re getting to the really good stuff!

Escape From Gringotts is based on the opening of Deathly Hallows Part 2 where Harry and his friends break into Gringotts Bank and obtain a Horcrux from Bellatrix Lestrange’s Vault.

Bill Weasley takes guests on a tour of Gringotts, not knowing that Harry is planning the heist at the exact same take time…

Harry Potter And The Escape From Gringotts is a chaotic 3D roller coaster where you’ll come face-to-face with a dragon, trolls, and even the Dark Lord himself…

My favorite part of the attraction is actually the queue.

They replicate the iconic Gringotts bank set from the movies, complete with animatronic goblins. It really feels like you’ve stepped inside the movie and it never ceases to blow me away.

The ride itself is also a lot of fun. You’re constantly in danger, whether that’s being attacked by trolls or falling down into the abyss.

Don’t worry, the roller coaster portion of the ride isn’t that long, and nor is it that intense.

Can I Take Food to Universal Studios Orlando?

There is however one steep drop, but it’s really short. If you really don’t like drops, then request the front row, as it’s less intense in those seats.

However, if you DO want a more thrilling experience, request the fourth row, as it’s more intense and you get a better view of what’s going on.

But the biggest issue with this ride is it relies too much on screens. I would’ve liked it a lot more if they had more sets and practical effects.

Don’t get me wrong, the 3D effects are very impressive. If this was your first Universal Studios ride, you’d probably think it was the best ride ever.

However, once you go on the other rides like The Amazing Adventures of Spider-Man, you soon realize they’re using the same tricks they use over and over again.

As a long-time Universal fan, I was impressed by the effects, but not that impressed.

Still, the roller coaster portion is very fun and some of the effects do stand out.

2. Harry Potter And The Forbidden Journey (Islands Of Adventure)

Forbidden Journey takes you soaring around Hogwarts, where you’ll enter the Forbidden Forest, the Chamber of Secrets, and more. You’ll encounter dementors, the whomping willow, and other terrifying monsters from the world of Harry Potter.

The best way I can describe this ride is it’s like a Harry Potter Greatest Hits Album. You’ll experience many of the iconic moments from the movie in the span of just a few minutes.

The thing that puts this above the rest is how realistic it is. This ride uses a Kuka arm ride vehicle which perfectly simulates the feeling of flight. Also, the sets and special effects are stunning, and truly make you feel like you’re in a Harry Potter movie.

This ride also has one of the best-themed queues I’ve ever seen. It takes you through some of the iconic locations in Hogwarts, including Dumbledore’s office, the Gryffindor Common Room, and more.

The queue is almost the best part of the experience.

Is Cabana Bay Beach Resort a Great Place to Stay?

Keep in mind, this one might be too frightening for some. You can’t reach out and touch them, but some of the monsters get very close.

The dementors and giant spiders can feel especially close.

Personally, I think this adds to the experience and makes it more realistic, but I can see why some might not be so keen… If you don’t want to go on the ride but still want to see the queue, there is a walk-through experience where you can just go through the queue and not have to go on the ride.

The only reason I didn’t put this at the top is the ride can get pretty uncomfortable. It tips you side-to-side and even all the way on your back.

It doesn’t go upside-down and it’s not fast, but it’s uncomfortable.

Still, I could ride this many times over again and get an amazing experience.

This is a high-speed roller coaster where you ride Hagrid’s iconic motorbike and blast through the Forbidden Forest. You’ll also take a glance at a number of magical creatures, including a unicorn.

Hagrid’s is a major improvement from its predecessor, Dragon Challenge. It was a fantastic roller coaster, but besides the queue, it didn’t really relate to Harry Potter that much.

It was of course modified from the original Duelling Dragons roller coaster. The coaster also lost a lot of its appeal after they stopped having the two tracks “duel.”

This one, on the other hand, has many references to the Harry Potter movies and fits much better with the rest of Wizarding World.

This roller coaster has everything – special effects, seven launches, a backward drop, as well as a vertical drop, much like the Tower of Terror.

It’s also quite long for a roller coaster, meaning the long line is well worth it.

Besides the somewhat bizarre choice of name that’s overlong, I have nothing to complain about in this ride.

No matter which Harry Potter ride you pick though, you’ll still get something out of it. All of them are amazing and some are even amongst the best in the world. 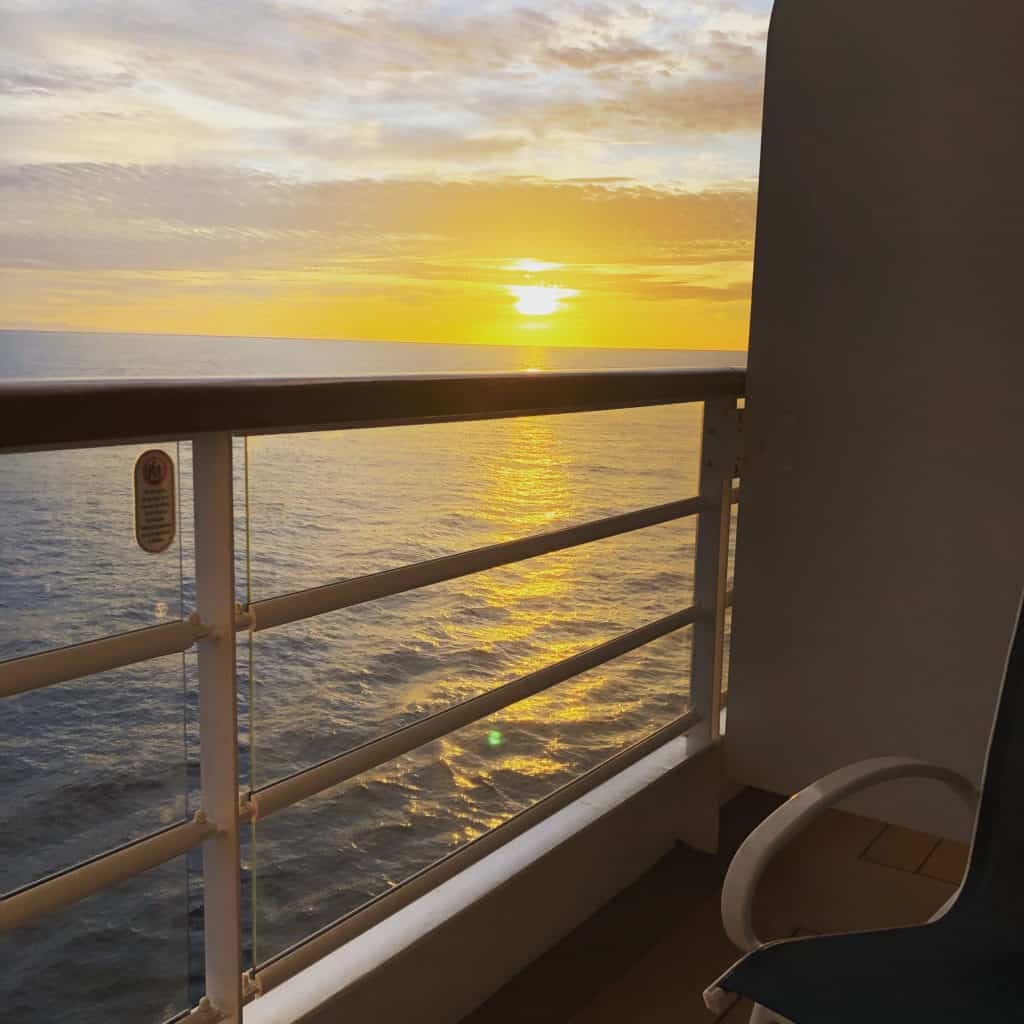 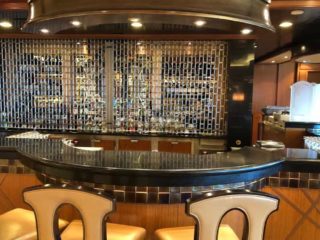