These tasty Disney Cinnamon Rolls are in the shape of Mickey Mouse! So easy to make at home that even the kids can join in. Great for a Mickey Mouse themed party or just for a family breakfast or dessert.

Here are step by step instructions of how to make your Disney Mickey Mouse Cinnamon Rolls.

This post contains some affiliate links for your convenience. If you buy something after clicking on a link I will earn a small commission, but it doesn’t cost you a penny more! For more details read my Disclosure

This recipe really couldn’t be any easier.

Preheat your oven to the temperature required on the can of cinnamon rolls and line a baking sheet with parchment paper.

Unroll one of the cinnamon rolls and cut it in half.

The Cinnamon Rolls should now be in the distinctive Mickey shape.

Bake as per the instructions for your Cinnamon Rolls.

Now it is time to decorate. It’s best to do this when the cinnamon rolls are still warm from the oven.

You can use an icing bag, or simply use a small plastic bag and just cut a small hole in the corner. The kids will love to help you with this part! Make swirls with the icing – it really doesn’t have to be pretty.

Do you enjoy making Disney Copycat Recipes? We are always adding more to our collection.

Why not try Princess Tiana’s Famous Beignets?. Or maybe you crave Zebra Domes from Animal Kingdom Lodge. If you are looking for DCL Recipes here are our Disney Cruise Recipes and Disney Cruise Cocktail Recipes. 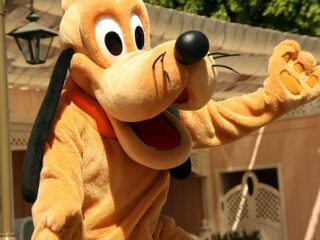 When Is The Best Time To Go To Disney World?
← Read Last Post 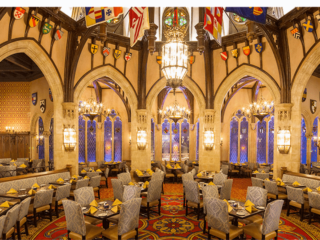