Are you thinking of sailing on a Disney Panama Canal Cruise? Cruising the Panama Canal is one of those bucket list sailings that you really should experience at least once in a lifetime.

For a number of years, the usual pattern was that the Disney Wonder would sail twice a year through the Panama Canal.

This was because she spent Spring sailing from San Diego on Mexican cruises, and the Summer sailing Alaskan cruises from Vancouver.

The Disney Wonder would then sail through the Panama Canal in the Fall and return to the West Coast in early Spring.

However, this pattern has now changed. The Wonder sailed through the Panama Canal in March 2022 but is not scheduled to return for 2022 or 2023.

With the new Fall, 2023 sailings being announced came the slightly surprising news that the Disney Magic will be on the West Coast from October to December 2023.

This means that Disney Magic will be sailing from Miami to San Diego via the Panama Canal in October and sailing back from San Diego to Galveston in December 2023.

I have sailed on the Disney Wonder many times through the Panama Canal – it is an amazing experience, and one of the best

There are two Disney Panama Canal cruises in 2023 with these itineraries:

This sails on 5 October 2023 for 14 nights. This is Halloween on the High Seas Cruise so the Disney Magic will be decorated for Halloween and have special events scheduled.

The Disney Magic will sail from San Diego to Gavelston on a repositioning cruise on 3 December 2023. This is a Very Merrytime Cruise and will have special Christmas decorations and events.

How Much Does a Disney Panama Canal Cruise Cost?

There are two cruises for 2023 with the Disney Magic transitting the Panama Canal.

Here are the opening day prices which were correct on 22 July 2023. I will update these here from time to time but always check on the Disney Cruise Site for up-to-date pricing.

Prices are shown here for 2 guests and include taxes and fees.

How Much Does a Disney Panama Canal Cruise Concierge Stateroom Cost

Here you can see what the price is for Disney Magic Concierge staterooms on the Panama Canal cruises which sail in 2023.

Should I Choose a Balcony Stateroom on a Disney Panama Canal Cruise?

Do you need a balcony stateroom on a Disney Panama Canal Cruise? I know this is always a controversial question and everyone will have their own opinion.

I have experienced Panama Canal cruises sailing in both inside staterooms and verandah staterooms. Of course, if the budget allows, I would prefer a balcony. I always would on any cruise.

However, as you can see from the prices above there is a considerable difference in the cost of an inside stateroom and a verandah stateroom for a Panama Canal cruise.

The experience of going through the locks and transitting the Panama Canal is great with a balcony. I tend to just spend most of the time sitting on the balcony. It is a great idea to order Room Service, particularly for breakfast, as one of the most interesting parts of the experience is early in the morning.

However, I have also enjoyed the Panama Canal in an inside stateroom. This does mean that you have to go out of your cabin to see things, but the atmosphere and camaraderie of fellow passengers make this an enjoyable experience too,

If you take the example of the opening day prices for the 2023 Disney Panama Canal cruises you can see that for October an inside stateroom is $4,831 for 2 guests and a verandah stateroom is $7,491. This is a difference of $2,660.

Another option is to have an outside stateroom. This is an upgrade of around $400 for 2 guests on the opening prices.

Or you could just go all out and sail Concierge with a starting rate of $17,556 for 2 guests!

Whilst the balcony certainly would be nice for the Panama Canal Transit, this is a cruise with a lot of sea days. For some people, this makes having a balcony less of a priority.

Transitting the Panama Canal on a Disney Cruise

This is definitely one of those things it is great to experience at least once in a lifetime.

You will arrive at the entrance to the Panama Canal the night before your transit. You will be one of many ships, mostly container ships, waiting to transit the canal the next day.

It will be an early start, but it is well worth getting up to experience the transit through the lock.

It is an amazing experience going through the locks. The skill of the Captain and his crew is amazing – there really isn’t much room in the locks and it is quite surprising just how close you get to the side!

After you have gone through the Panama Canal lock you will sail for hours along the beautiful canal. The scenery is lush and green. Depending upon when you visit it may be extremely humid.

I remember on one trip even opening the balcony door to get in and out resulted in the mirrors inside steaming up instantly!

How long does it take to transit the Panama Canal? It takes between 8 and 10 hours.

Not only do you get the chance to transit the Panama Canal on these Disney Magic Cruises, but there are also lots of great ports included in this itinerary.

Cozumel is an island located off the Yucatan Peninsula in Mexico. Disney Cruise Ships usually dock in the International Cruise Terminal, which is one of three docks in Cozumel.

You step off your Disney ship, walk a short way along the dock, and you are soon close to restaurants and shops, including the Royal Village Shopping Center. This is a great place to pick up a few souvenirs or if you want to go to well-known names such as Hard Rock, Margaritaville, or Senor Frogs.

However, there are many things to do beyond the cruises port in Cozumel.

There are lots of Disney Cruise excursions to choose from in Cozumel.

Whether you are looking for an encounter with dolphins, a visit to Mayan Ruins, snorkeling, or a relaxing beach break, there is a huge variety of things to do in Cozumel.

You can even charter your own private yacht. If you can find another 11 friends, the $1759 price tag doesn’t seem quite so high!

You can see the Disney Cruise Cozumel Excursions Here

One of the most popular places to visit on Grand Cayman is Stingray City. The Disney excursion to Stingray City is priced at $84 for adults and $64 for ages 5 to 9.

The “City” is actually a series of sandbars, where you can snorkel and see stingrays. They are used to being fed in this area so you are pretty certain that you will see plenty of these fascinating creatures.

Grand Cayman is an amazing place to snorkel ad there are plenty of Disney excursions where you can do this. If you don’t feel like getting your feet wet you can choose a glass bottom boat or submarine tour.

The thing that I most remember about Cartegena, apart from its beautiful Old City, is the humidity! Dress accordingly and make sure that you keep hydrated.

The port itself is mostly industrial. You can get a shuttle to the Cartegena Cruise Port from the ship. There you will find cafes, stores, paid wifi, and restrooms.

There are lots of Disney Cruise Excursions from Cartegena. To get a great overview of the city the Best of Cartagena Tour is available for $51 for adults and $41 for children.

Cabo is a beautiful beach resort on the southernmost tip of Baja California. There are many opportunities to sail to Cabo San Lucas on a Disney Cruise as it is a port stop on the Baja and Mexican Riviera Cruises from San Diego.

Cabo San Lucas is a tender port. This means that you will have to take a small boat from the ship to get to the shore.

When you step off the tender boat you are in the bustling Marina part of Cabo. There are plenty of shops and restaurants around this pretty marina.

There are lots of Disney Cruise Cabo San Lucas Activities to choose from. This is a great place if you want a dolphin encounter as the Cabo Dolphin Center is a very short walk from the tender boat dock.

You can choose from a wide range of excursions including snorkeling, sailing, tequila tasting, horseback riding, whale watching, city tours, and beach breaks.

Perto Vallarta is another very popular Disney Cruise destination. You can visit Puerto Vallarta on the Panama Canal and Mexican Riviera Cruises with Disney.

One of my favorite Puerto Vallata tours is the excursion to Las Caletas. It have taken this several times now and always had a good experience.

On this excursion, you cross Banderas Bay to the secluded oceanside cove of Las Caletas.

Las Caletas is a beautiful place to spend some time. You can swim in the warm waters of the cove, and use a kayak or stand-up paddle board. There is a Kids and Teens Adventure Park, making this a great excursion for all the family. A freshly cooked buffet and unlimited drinks are served.

The Las Caletas Hideaway excursion is $103 for adults and $73 for children.

There are many other activities to choose from including dolphin swims, snorkeling, sailing, and horseback riding. You can see the Disney Activities Here.

Join Over 35,000 Others in Our Disney Cruise Group!

San Diego is a beautiful city in Southern California, about 2 hours south of Disneyland.

The cruise terminal in San Diego is very easily reachable from the airport and the Amtrak station. There are many attractions to see here and you should consider spending a couple of days here prior to or after your cruise.

For more on this port, we have a Complete Guide to San Diego Port Including Hotels and Parking

Sailing on the Disney Magic

The Disney Magic was the first ship to join the Disney Cruise lines fleet. Even though she is now almost a quarter of a century old she is beautifully maintained and regularly updated.

At 964 feet she is relatively small in today’s world of huge mega cruise ships. However, her size is part of her charm. She is easy to get around and only takes a day or two to be very comfortable navigating around.

There are 877 staterooms including inside, outside, verandah and suites. Here is a guide to choosing a stateroom on the Disney Magic.

Disney Cruise Staterooms – Which Should You Avoid?

There is also Palo which is available for an additional charge for guests 18 and up.

The shows on Disney Magic depend on the itinerary but can include:

There is plenty to do on board the Disney Magic!

What is Included on Your Disney Cruise – And What Isn’t 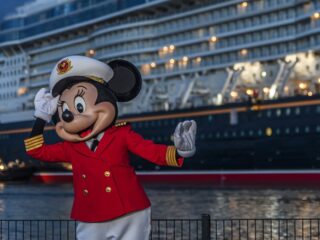 Disney Cruise Sailings Fall 2023 - How Much Does it Cost?
← Read Last Post 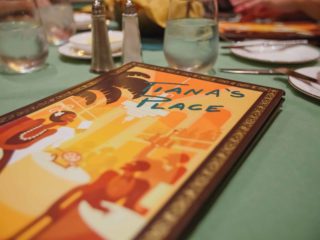