If you’ve visited this Disney blog before, you know I’m a huge Pixar fan.

What’s amazing is the fact they have such a long line-up of outstanding movies, some of which have become very iconic within our society.

I mean who doesn’t know where the famous Pixar Quote “just keep swimming” comes from?

Pixar has created so many great movie moments and it can be hard to pick which ones are the best.

It was tough to pick only ten, but below are the top-10 best Pixar moments/scenes.

These can be moments that made us laugh or cry. Pixar is good at making us do both. Sometimes simultaneously.

All pictures and video are Disney Pixar.

If you’ve watched this scene from Pixar’s Onward, you know exactly why I put it on this list.

The concept of a bridge only being there if you believe it’s there is ingenious.

The part where the brother drops the rope is both hilarious and terrifying. I don’t think I’d ever felt that tense during a Pixar movie. I think I actually gasped the first time I watched it.

Plus, it’s good character growth for the main character.

This is the speech the main antagonist, Ego, gives at the end of Pixar’s Ratatouille movie after he tastes Remy’s Ratatouille.

For one thing, the set design is brilliant. It’s just so detailed and beautiful.

Ego is supposed to be a characterization of all critics who feel their opinion is absolute and superior to all others, and the set really reflects that character with its almost gothic-like appearance.

This also the scene where Ego admits:

I absolutely adore that quote! It really ties the whole movie together in what it’s trying to say.

8. Nemo Finds Out His Dad Is Looking For Him – FINDING NEMO

In this scene, Nigel the Pelican tells Nemo that his father is traveling across the ocean and conquering sharks and jellyfish in order to find him.

At first, Nemo doesn’t believe that it’s really his Dad, but once he confirms that Nigel is indeed talking about Marlin he is blown away by all that his father has done on his quest to find him.

Something that’s really clever in this scene is instead of having Nigel recite all that Marlin has done, instead, they quieted him down and turned up the music. Let me explain…

The Finding Nemo filmmakers wanted the audience to see Nemo’s reaction because they knew showing his reaction would create a strong, emotional moment. The problem was having Nigel retell a story we’d just seen would be repetitive and a little boring.

So what they did was they pulled the focus away from Nigel by lowering the volume on his monologue and instead emphasized the music and zoomed the camera on Nemo’s reaction.

We can still faintly hear what Nigel is saying, so we know that he is telling Nemo what Marlin has done, but it’s not focused on, as the filmmakers wanted to emphasize his reaction.

Though it’s short, this is one of my favorite Pixar moments, because I really love Nemo’s reaction.

7. All The Scenes With Edna Mode – THE INCREDIBLES

I am cheating a little bit with this one because I’m putting multiple scenes into one slot, but it’s impossible to pick just one.

Everything Edna Mode says is funny. Sometimes it’s because the line itself is hilarious, or she might say something that isn’t necessarily that funny, but she says it in a really funny way.

The expressions she makes are brilliant as well. The face she makes when she’s starring at the fire is reflecting off her glasses is absolute comedy gold.

Then of course, there’s “No capes!” I can’t even figure out why it’s funny, but every time I watch that clip of her throwing the piece of paper at Mr. Incredible I start laughing hysterically.

For more of her amazing words of wisdom go to Edna Mode Quotes.

When Carl Frederickson decides not to live the rest of his life stuck in a retirement home, he ties thousands of balloons to his in order to escape to Paradise Falls.

Ninety-percent of why this scene works so well is because of the music. In my opinion “Up” has the best soundtrack out of any of the Pixar movies.

I really loves seeing the people’s reactions to the floating house. My favorite shot in the scene is the one where the house flies past the child’s window.

Like the scene from Nemo, this is a really short moment, yet somehow it has become one of my favorite movie moments of all time. It’s Miguel crossing over into the Land of the Dead and the camera turns around and we get our first look at the Land of the Dead.

Seeing this shot in the movie theater for the first time was one of the my favorites from 2017. I don’t think I saw any trailers for the movie, so this was indeed the first time I ever saw this shot.

I couldn’t imagine how much work went into this shot! Kudos to the animators of this movie.

I walked into “Toy Story 4” expecting to dislike it, but then this scene played, and I paused and thought “…okay, never mind.”

It was amazing how fast it sold me on the idea of making a sequel to “Toy Story 3,” where before I thought that movie perfectly ended the series.

I was surprised at how emotional this scene from Toy Story 4 was, since before I was never that attached to Bo-Peep.

I think what makes it so effective is that everything is just so sudden and rushed. All of a sudden, Woody has to say goodbye to his love-interest before she is given away.

He thought the most distress he’d have to deal with that night is saving that remote-control car, but now he has about three seconds to say good-bye to one of his best friends.

This one takes the spot of most tear-jerky scene out of any of the Pixar films.

It was already emotional watching Andy give Buzz, Jessie, Slinky, and all the other side characters, but once he gives away Woody, I couldn’t hold myself together.

I’ve never felt this emotional while watching a movie.

“Toy Story 3” came out when the quality of movies Pixar was at an absolute peak. Unfortunately what followed was their next release Cars 2 – oh that’s a shame…

2. Dash’s Chase Through The Jungle – THE INCREDIBLES

This from The Incredibles is one of my favorite action scenes of all time. It feels like you’re on a roller coaster.

It answers the question – what would a hyper little boy do if he found himself being chased by bad-guys? Dash looks like he is having the time of his life as takes on all of Syndrome’s henchmen and so much fun to watch.

Then comes my favorite part where Dash thinks he’s about to fall into the water, then to his surprise he starts running on top of the water. It makes he gasp at first, but then you feel this great sense of triumph when he start to run on the water.

I love his little giggle and the way the music completely explodes as he runs across the water.

My favorite Pixar moment is when Carl Frederickson discovers that Ellie filled the “Stuff We Did” section in her adventure book with pictures of him and her.

Once Carl see’s the note from her saying “Thanks for the adventure. Now go and have a new one,” his character arc is complete – he has now realized that he need to move on to new things.

I really love good character arcs where a character finally realizes they need to change.

I liked how at first the scene is really painful to watch because Carl is grieving over the fact that he thought Ellie didn’t fill out the rest of her book.

However, it turns into something really beautiful once he starts flipping through the pages and looking through all of the photos of them together.

I’ve seen it a million times and I still get emotional when watching it. It’s defintely the best scene Pixar has ever created. For now…

What is your favorite Pixar Moment? 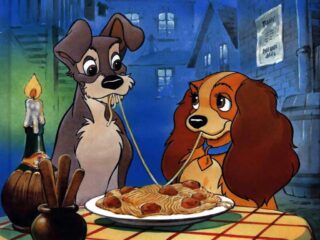 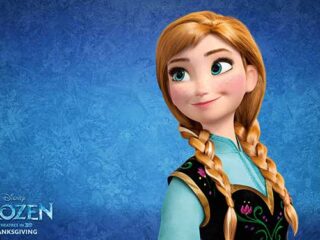 Learn How To Draw Disney's Frozen Anna
Read Next Post →