Valentine’s Day is just around the corner, so we’re listing off the top-10 best romantic Disney movies. They are perfect for a Valentine’s date, a regular date night, or if you just feel like watching a romantic movie.

The ranking is based on how the romances are betrayed, how realistic they are, how cute they are, and if the couple has good chemistry. So The Little Mermaid won’t be included on this list (hehe).

We’ll also include some of Disney and Pixar’s short films, since they’re so amazing.

The first ten minutes of Disney Pixar Up are an incredibly emotional and heart-felt story about all stages of married life.

Again, all of which is portrayed in the span of ten minutes and what’s even more impressive is that the second half has no dialogue. It’s basically Pixar showing off for ten minutes.

Carl and Ellie’s relationship is one every couple strives for. No matter what hardship they go through, no matter how much time passes, they still have the same love they had when they were kids.

Even though this is my favorite Disney movie, I put this on the bottom of the list as the romance isn’t one of the main focuses of the movie. It’s more about moving on from grief and finding a new purpose in life. Of course, this isn’t a criticism, it’s just it doesn’t fit in with the list.

This one will make you go “AWWWWWWWWWW.”

Not only will you love the romance, but also the tropical feel of it, with it taking place in the middle of a tropical ocean.

It’s amazing how a simple story can be so effective. There isn’t much to the story of Lava, but it can still make you cry a river. I’m just glad that in the end the two of them liked each other.

Neither of them knew each before they met, so it’s good thing they got on, seeing as they’re going to spend the next thousand years right next to each other.

Plus, it’s a great beginner song on the ukulele. If you want to learn how to play Lava on the ukelele click here.

There’s no doubt that the romance in the Cinderella remake was much better than in the original.

The romance in the original animated movie works okay. The purpose of the romance is to give Cinderella a reward for all the hard work and suffering she’s been through.

After all that, she gets a handsome prince – yeah, he has no personality, but at least she gets a castle.

In the remake, they actually speak to each other, and their romance progresses over the course of the movie instead of them instantly declaring “this is love” once they meet.

Unlike some of the earlier Disney movies, the main couple’s romance develops throughout the film, instead of them instantly declaring their love for each other.

There are lots of romantic moments, the best being the iconic lantern scene. Flynn Rider takes Rapunzel out on a boat onto a lake surrounded by glowing floating lanterns.

The lanterns lighting up in the city, the boat getting surrounded by glowing, and Flynn Rider getting out of his own way to do something for Rapunzel is sure to put you in the romantic mood.

Beauty And The Beast has some of the most memorable romantic moments in any Disney movie. There’s the library scene, “Something There” scene in the snow, the ballroom, and the finale where Belle finally says “I love you.”

It’s really great seeing the Beast getting out his own way to make Belle happy. Towards the end, he makes the selfless act of letting her go free to save her father, even though it probably means he’s going to stay a beast forever.

The movie has a very powerful message, saying that it’s what on the inside that counts.

A romance that’s more catered to men than women. In most Disney movies, like Snow White And The Seven Dwarfs and The Little Mermaid, it’s not so much about the male lead finding love, but instead the female lead.

This is fine, but what I like about Aladdin is it’s about the lead finding a princess instead of a prince.

It’s a romance that’ll appeal more to men, though of course, lots of women love this movie too.

I think what makes these Pixar romances work so well is the characters always go to brutal low before they get what they want.

The volcano in Lava gets buried in the sea, unable to call out to the one he loves, potentially having to be on his own forever. The Blue Umbrella gets pretty beat up and gets stuck in a rainy street.

This all makes the happy endings so much better though, as when the volcano burts up to the surface and the Red Umbrella finds the Blue Umbrella, it’s a huge relief.

3. Princess And The Frog

Princess Tiana and Prince Navine are one of the best Disney couples. They learn from each other’s flaws and strengths, where Tiana learns to have more fun in her life, while Navine discovers the value of hardwork. It’s a very healthy match.

Also, this movie has a good number of romantic moments, the highlight being the song “Ma Belle Evangeline,” where Ray sings to his girlfriend who’s a star (trust me, it’s cute), and Prince Navine and Princess Tiana dance in the bayou under the moonlight.

2. Lady And The Tramp

Like Navine and Tiana, Lady and the Tramp are great together because they learn from each other. Lady learns to be more free spirited and independent, while Tramp learns the value of having a family.

Usually, scenes where a couple falls in love can be a bit cheesy in movies. This one though is subtle and not too in your face.

One of cinema’s greatest love stories, even though it’s between two characters who can barely speak a word.

Wall-E and Eve portray their emotions through their actions, expressions, and a few little words here and there.

It’s a fairly traditional love story that we’ve seen in lots of movies before, but what makes it stand out is the lack of dialogue.

For example, they have the cliché of the somewhat attractive boy not feeling worthy enough for the much more attractive girl, where Eve is a much more advanced robot than Wall-E, making him feel that can’t match up to her.

Wall-E has everything you’d want in a romance, and is perfect for any date, or indeed any occasion. It’s just an awesome movie.

Which is your favorite Disney romantic movie?

How Do I Watch Disney Plus?

Disney Plus really is the essential streaming service for Disney fans. It has a huge variety of things to watch – not just the obvious Disney movies. You can get the details at Disney +

Which do you think are the Best Disney Movies On Disney Plus? Leave me a comment below. 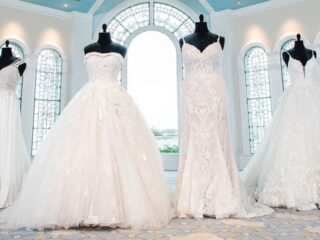 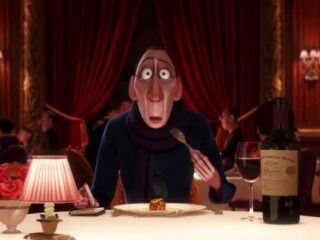