Mother Gothel is the wickedly narcissistic evil stepmother from Disney’s Tangled movie. Her twisted obsession with eternal youth leads her to keep Rapunzel captured in a tower.

In many ways, Mother Gothel is the most perfectly written Disney villain. Her controlling, passive-aggressive nature is brilliantly contrasted with a highly charismatic demeanor.

Rapunzel is completely taken in by her until she begins to see the light. We can see how Rapunzel becomes conflicted and comes to the realization that the idea that mother knows best just isn’t true.

This fascinating and complex Disney villain gives us some brilliant Mother Gothel quotes. Which is your favorite?

Mother Gothel does not have to rely on any magical powers to keep control of Rapunzel. That is one of the things which makes her so fascinating as a Disney villain – she relies on her words and actions alone.

“You are not leaving this tower EVER!”

“The world is dark, and selfish, and cruel. If it finds even the slightest ray of sunshine, it destroys it!”

Rapunzel: I met someone.

Mother Gothel: How you manage to do that every single day, without fail? It looks absolutely exhausting darling.
Rapunzel: Oh… it’s nothing.
Mother Gothel: Then I don’t know why it takes so long?

Once Mother Gothel gets over her fury she quickly goes back to her charming self. This is what makes her character so confusing, and why Rapunzel is taken in by her for so long.

Mother Gothel: “I love you very much, dear.”

Rapunzel: “I love you more.”

Mother Gothel: “I love you most.”

“Rapunzel, look in that mirror. You know what I see? I see a strong, confident, beautiful young lady … Oh look, you’re here too!”

Rapunzel: “How did you find me?”

Mother Gothel: “Oh, it was easy, really, I just listened to the sound of complete and utter betrayal and followed that.”

Once again Mother Gothel reverts to labeling herself as the bad person – a highly guilt-inducing tactic which she uses to manipulate Rapunzel.

Some of the very best Mother Gothel quotes are in the Mother Knows Best song. Particularly in the reprise of the song whether Mother Gothel knows she is losing her grip on her control of Rapunzel so her comments seem to get even worse.

Mother Gothel cannot stand the thought that Rapunzel wants to leave her – particularly for the very charming Flynn Rider.

I think he likes me.
Likes you? Please, Rapunzel, that’s demented
This is why you never should have left
Dear, this whole romance that you’ve invented
Just proves you’re too naive to be here
Why would he like you? Come on now, really!
Look at you, you think that he’s impressed?
Don’t be a dummy
Come with mummy
Mother
No!
No?! Oh, I see how it is.
Rapunzel knows best
Rapunzel’s so mature now
Such a clever grown-up Miss
Rapunzel knows best
Fine, if you’re so sure now
Go ahead, then give him this
This is why he’s here!
Don’t let him deceive you!
Give it to him, watch, you’ll see!
Trust me, my dear
That’s how fast he’ll leave you
I won’t say I told you so
No, Rapunzel knows best!
So if he’s such a dreamboat
Go and put him to the test
If he’s lying
Don’t come crying
Mother knows best
Which is your favorite Mother Gothel quote?
You may also like:
Disney Quotes About Life
Inspirational Disney Quotes
How Old is Flynn Rider in Tangled?
All images and quotes are sourced from Walt Disney Pictures. 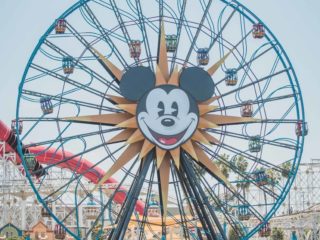 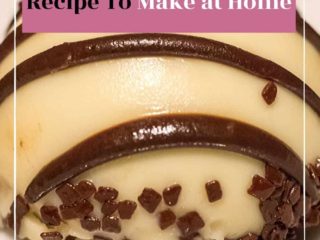 I feel like she is a really interesting, complex villain. I just finished reading the book "Mother Knows Best," which is a take on her backstory!