Disney Cruise 2024 Dates – When Will 2024 Disney Itineraries be Released?

Wondering when the Disney Cruise 2024 dates will be released?

If you want to sail on a Disney Cruise Ship in 2024 you will have to wait to book.

Whilst some other cruise lines release their new itineraries two or even three years ahead, Disney tends to only have dates released around 18 months ahead of time.

However, if you would like to plan a Disney Cruise vacation for 2024 there are some indicators of when you will be able to book, and also where the five Disney cruise ships are likely to sail.

A Disney Cruise has a variety of activities and entertainment options available on the cruise, including character meet and greets, Broadway-style shows, and deck parties. And of course that all-important Disney Service.

Here I show you how to predict when sailings are likely to be released, how to plan, where the ships are likely to sail, and talk about a new destination for Disney Cruise Lines that is on the horizon for late 2023 and 2024.

How Far in Advance Can You Plan a Disney Cruise?

If you look at the table below you can see that we can make a reasonable guess at when the 2024 Disney Cruises will be available to be booked.

There is some pattern, but it has changed over the years, particularly in 2022.

When Will the Disney Cruise for 2024 Be Announced?

As you can see, going back to the Disney Cruises for 2015 this is the “usual ” pattern. There have been some anomalies, but in general, we can say:

Of course, there are exceptions, such as the fact that the Fall 2023 cruises were released late in July 2022.

However, there are probably very good reasons for this delay in 2022.

The Disney Wish had just been launched and there have also been some issues with actually getting through to Disney Cruise customer service.

The Disney Cruises to Australia and New Zealand were released in October 2022.

These are incredibly popular and this likely had an impact on when the 2024 cruises for the other ships will be released.

The Transpacific and Hawaii Disney cruises were released separately.

Castaway Club members had priority, but these were released to the public on 13 October.

Disney announced the early 2024 Disney Cruise Line itineraries on December 7, 2024. This was very much later than in previous years.

This release is the latest in 7 years!

Here is a table that shows the history of when the Disney Cruise sailings were released from 2015 to date.

If you want to book a Disney Cruise for 2023 go to the article below:

How Do You Book a Disney Cruise?

You can go online to see the Disney Cruises that are available.

If you are waiting for new cruise dates Disney Cruise Line usually announces them about a week before they are actually released.

This gives you the chance to look at the itineraries and see what you want to book.

Disney Castaway Cay Club Members are given priority along with certain other categories.

You become a member of the Disney Castaway Cay Club after your first sailing.

Silver Members have sailed between one and five cruises, Gold between six and ten.

To reach Platinum status you must have sailed ten cruises and above.

Usually the earlier you book the lower the price.

Booking early is also a good thing if you want to book Concierge staterooms, particularly on the Disney Wish.

If you want to get an idea of a cost of a Disney Cruise I have been following this for a long time and have lots of updated guides including:

How Much Does a Disney Wish Cruise Cost 2023?

What is the price of a Disney European Cruise?

As an example here are the dates for when guests could book the Summer 2023 Disney Cruises.

Once the cruises have been released and are available to book for first-time cruisers, you can book at any time, subject to availability.

Where Will Disney Cruise Line Sail in 2024?

If you are wanting to book a Disney Cruise date 2024 it is a good idea to do your research ahead of time, so that you can think about which ship you want to book and the itinerary that you want to sail.

You will want to know the different dates and ports of call so that you can start to choose which Disney Cruise you want to book.

Although we never really know until DCL releases the exact itineraries, we can probably safely assume that certain things will happen:

How Much Will the Disney Australia Cruises Cost?

Disney Cruise 2024 Dates for the Dream

She will sail to her new homeport of Fort Lauderdale, Florida, in November 2023.

From what we can see of the November and December 2023 itineraries, the Dream is likely to continue sailing 5 Night Western Caribbean and 4-night cruises to the Bahamas.

All of these cruises will visit Disney’s private island, Castaway Cay

When the 2023 Summer itineraries were released, there was some surprise as the Disney Dream is going to be sailing in Europe. In previous years Disney Magic has sailed in Europe.

It seems likely that the Disney Dream will sail to Europe again in 2024. This is a destination that is on many people’s bucket lists.

Likely home ports for whichever Disney ship sails to Europe are Barcelona, Dover or Southampton, and Copenhagen. Some of the fabulous destinations that will most likely be included are:

If she does sail to Europe I would predict that New York will be her temporary home port for Fall 2024 before she sails back to Fort Lauderdale.

We don’t know yet where the Disney Magic will sail in 2024, but we can take a reasonable guess at the itineraries that she might sail.

The Disney Magic will be in Galveston at the end of 2023 after sailing through the Panama Canal.

If the Magic follows the pattern of the Disney Wonder it is likely that she will be in Galveston until mid-February and then sail to New Orleans.

She will probably stay in New Orleans until mid-April. Then it is likely it will sail to Miami.

Or will she? Maybe she will sail back to San Diego via the Panama Canal in May 2024 and take over the West Coast sailings from Disney Wonder.

This would have the Disney Magic sailing out of San Diego for Mexican itineraries and then Vancouver for Alaska.

This seems unlikely though now that we know that the Wonder is heading for Australia in October 2023 and will return to Vancouver in March 2024.

Will The Disney Wonder Sail to a New Destination in 2024?

The 2023 Disney Cruise Fall Itineraries were not released with the other four ships in July 2022.

When this article was originally written In August 2022, I said it was highly likely that the Disney Wonder would be sailing to Australia in 2023.

We now know that this prediction has come true and that she will be sailing Transpacific cruises to reposition to Australia and New Zealand. She will return to Vancouver in early March 2023.

Many people hope so as this is one of the most sought-after and popular Disney cruises.

There were two Hawaii Cruises on the Disney Wonder in 2012. They were 15-night round-trip cruises from San Diego in May and September.

Disney has not repeated this cruise itinerary to Hawaii, which had 9 sea days, since 2012.

There was a gap of eight years before Disney scheduled another Hawaii Cruise. That was supposed to happen in 2020, but as we know, a lot of things just didn’t happen in 2020.

In 2022 the Disney Wonder sailed from San Diego to Hawaii and from Hawaii to Vancouver, Canada, to start her Alaskan sailings.

When Will Disney Cruise to Hawaii again?

Thankfully we now know the answer!

Disney Wonder will sail two repositioning cruises to Hawaii in late 2023 and early 2024.

The starting prices are:

The starting prices are:

Many people had their wishes granted when the Hawaii cruises were announted, as this is one of the most sought-after and popular Disney cruises.

There were two Hawaii Cruises on the Disney Wonder in 2012. They were 15-night round-trip cruises from San Diego in May and September.

Disney has not repeated this cruise itinerary to Hawaii, which had 9 sea days, since 2012.

There was a gap of eight years before Disney scheduled another Hawaii Cruise. That was supposed to happen in 2020, but as we know, a lot of things just didn’t happen in 2020.

In 2022 the Disney Wonder sailed from San Diego to Hawaii and from Hawaii to Vancouver, Canada, to start her Alaskan sailings.

Now we know that there will be two cruises for the Disney Wonder with port stops in Hawaii and she will briefly have Honolulu as her home port.

When the late 2023 schedules were first announced there was some mystery surrounding the Disney Wonder.

When the itineraries for the Disney Wish, Dream, Magic, and Fantasy were announced, there was a lot of speculation as the Wonder sailings were not announced at the same time.

The reason was that Disney was waiting to announce that they would sail to Australia for the first time!

If you want to see more about these very special Disney Cruises here is all the information:

Which Disney Cruise 2024 Dates are you going to book? 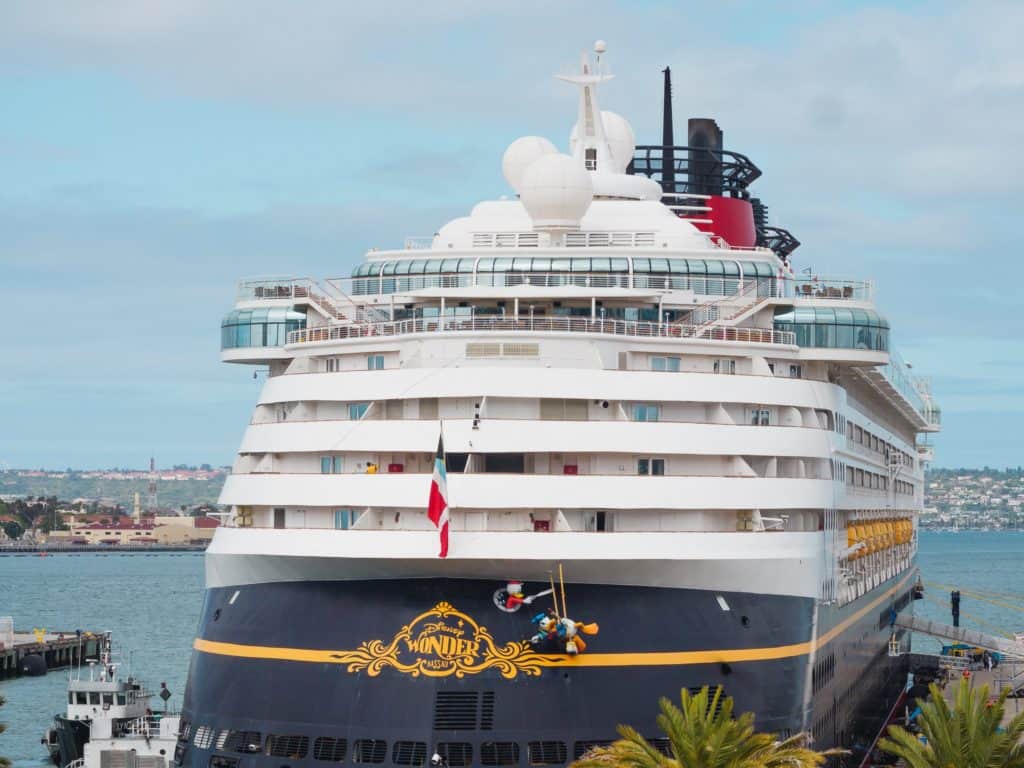 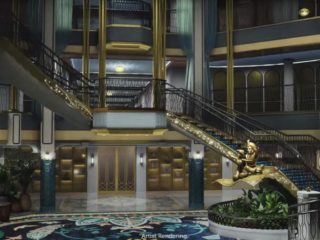 Thank you for your question. Unfortunately, the 2024 cruise dates from Galveston have not yet been released. This should be soon, but you should check back regularly for any updates

Interested in Disney Bahamas cruise summer of 2024 with a group , number in group not confirmed yet could be 12 or more.