One of the great things about a Disney Cruise is that you get so many chances to meet the characters onboard. A Disney cruise character greeting experience is different from those in the parks.

We all know that if you go to the Disney parks the characters are there. However, so often there are very long lines to go and have your picture taken with them.

Sure the character greetings are popular onboard the Disney Cruises, but you get much more of a chance to interact with them than you do in the parks.

With much shorter lines.

Disney Cruise Characters at the Port

The first chance that you will get to meet the Disney characters is while you are waiting to board the ship at the port.

Most ports do this, but the only one where it is absolutely guaranteed that there will be a character meet and greet is at Port Canaveral.

Usually, the characters at the port will be either Mickey or Minnie Mouse. Sometimes you will be lucky enough to see both. We have also sometimes seen Goofy.

Often the line for this is pretty short and moves fast. A lot of people don’t know that this is available and so skip this. We suggest you do this as it is a good record of all the pre-cruise excitement!

There are plenty of scheduled character greetings available once you board your Disney cruise. Most of these are available to everyone, others are separately ticketed events, which we will talk about later in this article.

For most of the Disney characters, you simply look at your Navigator’s schedule and stand in line a little before the scheduled time.

How early should you be in line before the Disney character arrives? I would suggest around 10 to 15 minutes on the Disney Wonder and Magic, with 15 minutes for the Disney Dream and Fantasy.

The bigger ships, the Disney Fantasy and the Disney Dream have more people on board, so the lines do tend to be longer. The difference isn’t that much as they also do schedule more greetings to balance this out.

Usually, the first opportunity to see the characters is at the Sail Away Party which is often held at 4.30 pm on the day of embarkation. This is an appearance in the show on deck though, and not a meet and greet.

The first Disney Cruise Meet and Greet is often scheduled at 5.15 pm on the first day. Character greetings can be at any time of the day but usually are not scheduled for morning or early afternoon on a port day.

It is impossible to predict which characters will be available on this first day, or indeed any other day as this does vary from cruise to cruise.

You will be able to easily see which Disney Characters are appearing by checking your Navigators. The easiest way is to do this online as you can plan ahead. If you just rely on the printed Navigators it only shows greetings for that day.

As with all Disney Character greetings nothing is guaranteed and is subject to change. However, these are the characters who we personally have seen on many of our Disney cruises.

One thing I really love about the Disney Cruise character experiences are that often you see the characters in different costumes. Mickey and Minnie, in particular, have a lot of costumes including Nautical, Evening and Pirate Wear. Also, Belle wears her blue dress as well as the yellow ball gown.

Don’t take this as an exhaustive list as everything is subject to change!

The Marvel Characters are also beginning to make appearances on each of the Disney ships. There are special Marvel sailings as well if you want to see more characters. However, on all sailings you may see:

You are most likely to see Pixar characters onboard the Disney Wonder, particularly on their Alaska cruises as they have the Pixar Pals Party show instead of the Pirates of the Caribbean. However, they may also be on other sailings.

One of the things that you need to know if you are a Frozen fan is that Anna and Elsa do not appear around the ship or in regularly scheduled character meet and greets. They only appear at the Disney Frozen Meet and Greet which you need tickets for.

The Frozen Meet and Greet is usually held in one of the Disney Cruise Restaurants. For instance, on the Disney Wonder is it held in Tiana’s Place. The experience is really good with special backdrops for the pictures. It is also always really well organized with plenty of time with Anna and Elsa.

The tickets for the Disney Frozen Meet and Greet are amongst the most difficult things to get onboard a Disney Cruise! You can book this online in your Cruise Personalizer before you sail. As soon as you are able to book events you need to go online and book the Frozen Meet and Greet.

Depending upon your Castaway Club status you will be able to sign up for events a certain number of days prior to your Disney Cruise embarkation. The more Disney cruises you have taken, the bigger advantage you have.

You become a member of the Castaway Club when you have sailed on your first Disney Cruise.

The first tier level is Silver Castaway Cay if you have sailed between 1 and 5 cruises. When you are Silver you can book activities 90 days prior to sailing.

The next level is Gold which you will become when you have sailed between 6 and 10 cruises. The booking window for Gold Castaway Club members is 105 prior to sailing.

When you have completed your tenth Disney cruise you will have Platinum status. This means that you can book activities 120 days before sailing.

If you have never sailed on a Disney Cruise before you will have to wait until 75 days before sailing.

Therefore, Platinum and Concierge members have a big advantage when booking activities online. This is just because they are first in line. If things are going to sell out, being Platinum Castaway or Disney Cruise Concierge is a huge advantage.

This is very much the same as the Frozen Meet and Greet, except it is usually held in the ship atrium. You still do need a ticket and there will be a Cast Member checking what your allotted time is before you join the line.

There will usually be three Princesses at the Meet and Greet. I have noticed that usually Cinderella and Belle are there.

You go from one Princess to another and meet them. Time with them doesn’t feel rushed and you get an opportunity to take the photos that you want.

The Disney Cruise Character Breakfast is not offered on all Disney Cruises. If it is then you have to get a ticket for it ahead of time, in the same way as for the Frozen Meet and Greet.

The characters are mostly from Disney Junior, but Mickey Mouse will usually be there too. We have also seen Goofy make an appearance.

I am not sure why they put the Disney Junior characters in here, although obviously they are very popular with a small age group. I would prefer a different theme such as Disney Princesses or even Marvel. I am predicting that for the new Disney Ships they will have some kind of premier experience which you have to pay extra for, will involve either Disney Princesses, Marvel or Star Wars.

Another great opportunity to meet the Disney characters on the classic ships is in the rotational dining restaurants.

On the Disney Wonder, you can meet Princess Tiana from Princess and the Frog. She has her own restaurant, Tiana’s Place, where she and her band, the Crawfish Crooners will keep you entertained whilst you are enjoying the fabulous New Orleans influenced menu.

If you are sailing on the Disney Magic you can meet Rapunzel in Rapunzel’s Royal Table.

The Disney Fantasy has a limited number of Star Wars Day at Sea Sailings. On these special sailings you will get the chance to meet some of your favorite Star Wars characters.

Disney Characters Around the Ship

This picture of Belle is one of my favorite Disney pictures as it reminds me of a very magical moment onboard the Disney Wonder. This picture was taken when we just caught sight of Belle reading a book. Lots of the Disney Princesses were in the lobby but we found Belle on the deck above just quietly reading.

You will sometimes see characters around the ship as they walk from one place to another and it is a lot of fun to interact with them. We have found that Peter Pan can seemingly jump out from nowhere too!

This really is one of our favorite things about a Disney Cruise. In the Disney parks if you see a character “off duty” they will always be walking quickly away from their greeting spot and will rarely if ever, stop for you. This is not true of the Disney cruises.

Some of our best moments on board have been the impromptu meetings with a character in the corridor on even in an elevator.

Characters are rarely out and about on board the decks of your Disney Cruise ship too. Chip and Dale enjoyed some time watching the passage through the Panama Canal on the Disney Wonder!

We think that the Disney Cruise character greeting experiences are yet another great reason to sail on the Wonder, Magic, Fantasy or Dream. Have you sailed on a Disney cruise and enjoyed a special Disney Character experience?

How to Pack For A Disney Cruise 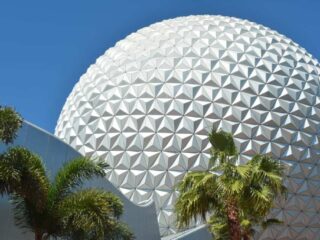 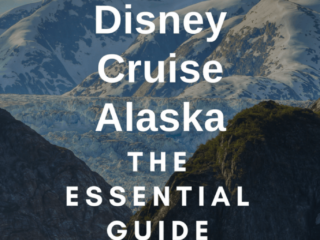 Leaving a comment for the giveaway,can’t find anywhere else to,post. This cruise looks fun,