Anyone wish right now we could go back to 1999?

Well let’s just do that for a while with this Disney Cruise promotional video which was first seen way back just after the launch of the Disney Magic.

Who remembers the ESPN Skybox? The un reimagined (is that a word) Cabanas Buffet. In fact who can even imagine a buffet right now?

Be taken back to a Oceaneer’s Club before iPhones. Even before laptops. Remember monitors like that?

Who misses those fabulous costumes the servers used to wear in Animator’s Palate? Those patterned comforters in the staterooms?

Who remembers Hercules: The Muse-ical? Or Voyage of the Ghost Ship?

Sit back and be taken back to another century. on the Disney Magic.

It is fascinating to see what has changed and what really hasn’t.

Now as we look forward to the launch of the Disney Wish or, to be honest, just to cruising ever again, it is fun to look back as the past.

Obviously there isn’t much that has been done with the basic design of the Disney Magic Cruise Ship. Aside from the structural change with the addition of the AquaDunk and the stabilizer fin, the Disney Magic looks pretty much the same on the outside.

It is good to remember how thing were on the Disney Magic before all the dry dock improvements. I know when every dry dock change is announced I always start to feel nostalgia for what is already there and is about to be changed forever.

It shows how well Disney has managed change over the years. Improving things which really needed to be updated. I had forgotten how the different bars looked, and as for those tiles in the Rainforest Room….

Disney’s Castaway Cay really hasn’t changed very much. There really isn’t much you can improve in paradise. I bet the drinks prices have gone up quite a bit though. I wonder how much a Castaway Cay Cabana cost in 1999?

What do you remember about the Disney Cruise ships in the late 90s and early 2000’s? 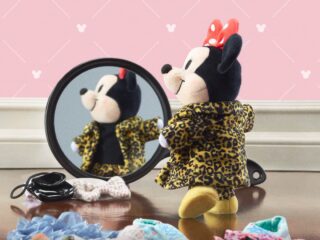