Disney Princess Ages – How Old Are They?

From Snow White in 1937 to the most recent Disney Princess in Frozen II one thing that we can say is that they are certainly getting older. Thank goodness.

How Old is Snow White? 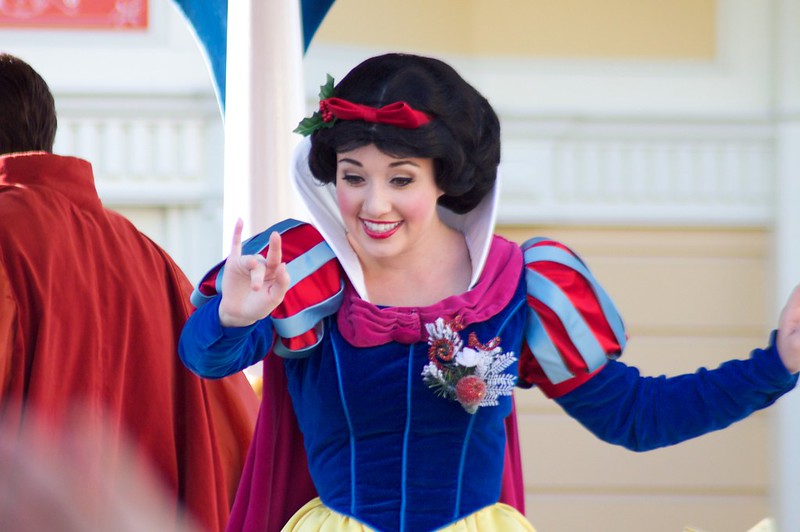 This one, in this day and age, is a bit of a surprise. Snow White is only 14 years old.

To put this in context, Snow White and the Seven Dwarves was released in 1937. It was still extraordinarily young but at that time it really wouldn’t have raised so much as an eyebrow.

How do we know how old Snow White is? In the movie, no one mentions how old she is. However, it is reported that at the time of the release of the movie her age was released to the Press.

Therefore it could be that this is simply an urban legend as no one seems to be able to provide any evidence of how old Snow White really is. The one thing that we do know is that the actress who provided the voice for Snow White, Adriana Caselotti, was 18 at the time she recorded the part.

How Old is Cinderella? 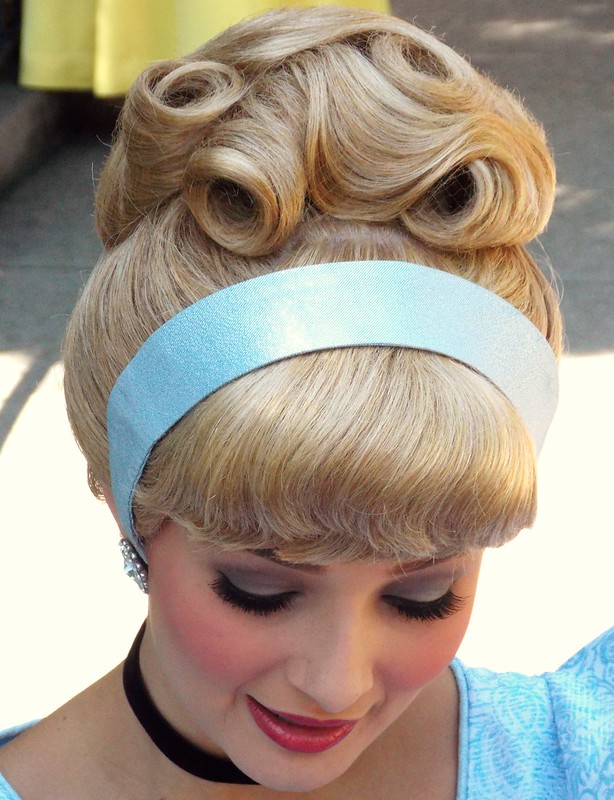 The next Disney Princess movie was Cinderella which was released in 1950 – a considerable time after Snow White and the Seven Dwarves.

It is widely believed that Cinderella is a very respectable 19 years old when she meets her Prince. However, I have searched for evidence of where this came from as it is not referenced in the movie, but there is nothing to support the assumption that she is that age.

Thank goodness though that at this point the Disney Princess ages were increasing. 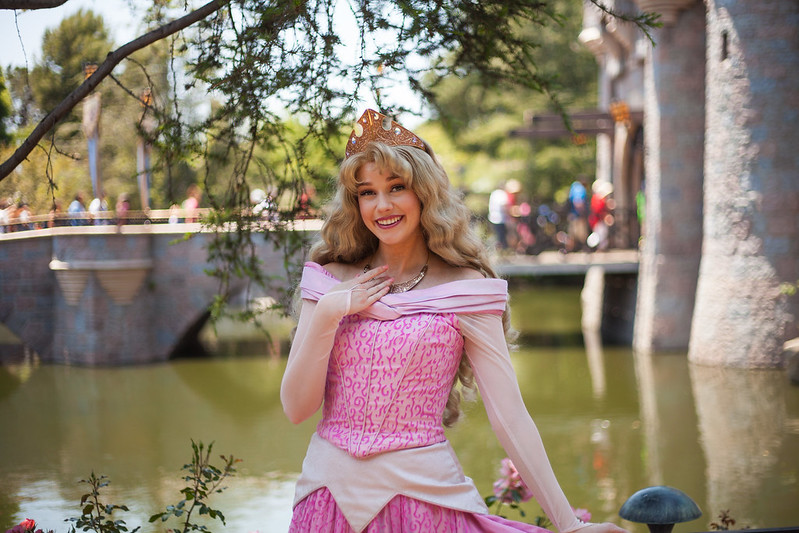 How old is Princess Aurora in Disney’s Sleeping Beauty? We definitely know how old Aurora is in the movie as we are told that Maleficent’s curse will come to pass on her 16th birthday.

Aurora’s age tends to be stated as 16, but if we are being pedantic (and I think we are) she is 15 for most of the movie and we celebrate her 16th birthday at the end. 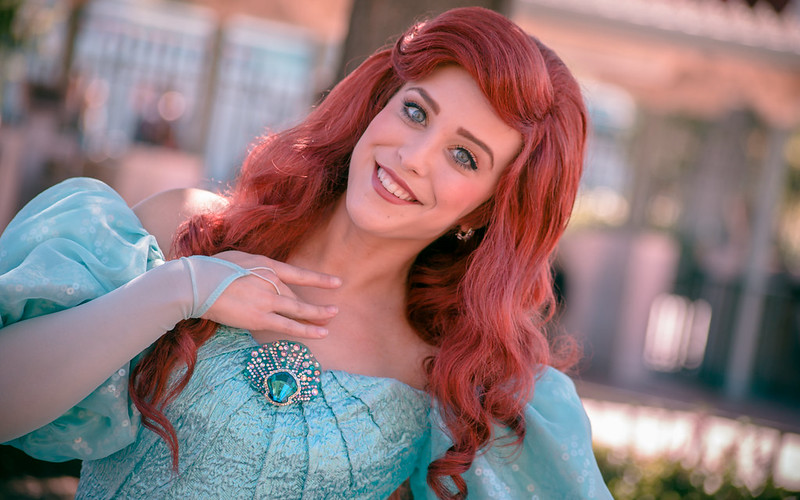 Disney’s The Little Mermaid was released in 1989. Whilst the movie was a critical and commercial success, we were not yet a part of the new age of liberated Disney Princesses.

Ariel gave up her voice to be with a man. Sure, I love the movie for what is is, but I cannot reconcile this with any message I want to send to my children.

We know that Ariel is 16 years old. So again, pretty young to decide to be seriously dating, let alone giving up a huge part of her personality for a man.

A fun fact about Ariel is that she was originally destined to be a blonde. Whilst it is difficult to imagine Ariel without her amazingly beautiful red hair, the moviemakers saw her first as a blonde.

However, the decision was made that she should have red hair to distinguish herself from the mermaid in the movie Splash. Like we couldn’t tell the difference between a movie starring Daryll Hannah and Tom Hanks and an animated musical by Disney…

How Old is Princess Belle in Beauty and the Beast? 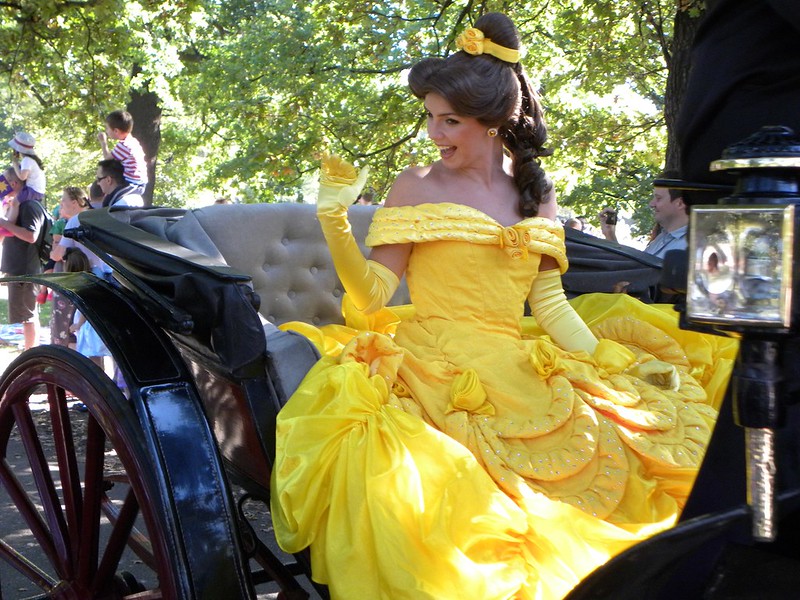 Beauty and the Beast was in many ways a huge breakthrough for the Disney Princess. Belle certainly has a mind of her own, however, it is difficult to get over the overwhelming fact that she stays with a man who is by any definition of the word, controlling.

Princess Belle sacrifices her freedom for her father and volunteers to be a prisoner of the Beast. Again, even though this is my own daughter’s favorite Disney movie, I am glad that she clearly hasn’t internalized any of the completely dreadful messages that this movie gives to women. Stick with your abuser because he has a heart of gold underneath……

Anyway, I digress. It is widely believed that Belle is 17 years old in the Beauty and the Beast movie. Again, it is difficult to find out what the basis for this actually is, as it is not referenced in the movie. 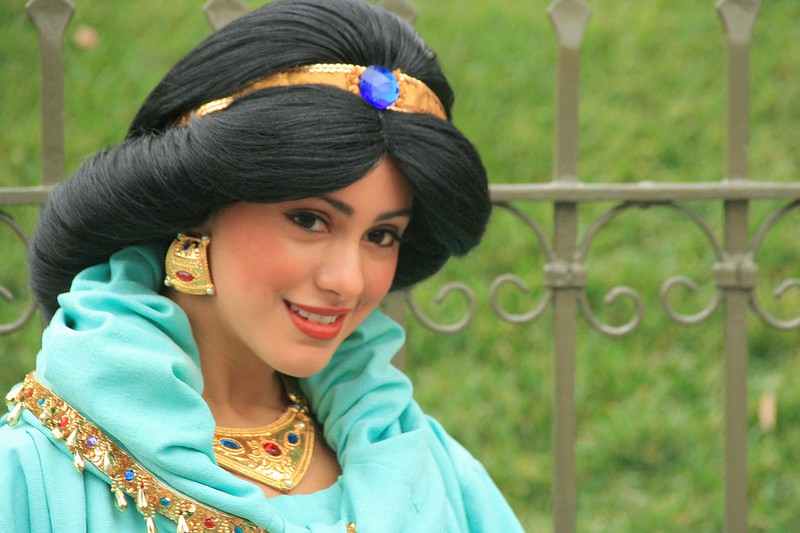 We are beginning to see a change in Disney Princess ages at this time as Jasmine is extremely reluctant to be married and is very cynical about the parade of suitors whom she has been subjected to. It seems that her wisdom exceeds her years.

Also, Aladdin was not of noble birth therefore Jasmine is the first Disney Princess to marry a man who is not a Prince.

How Old is Pocahontas?

Pocahontas is the only Disney Princess who was based upon a real person. Although the Disney Pocahontas movie released in 1995 bares little resemblance to the real story, it is well worth watching.

Although accounts differ about the life of the real Pocahontas it is thought that she was around 10 years old when she met John Smith. Fortunately the Disney Princess is believed to be a rather more respectable 18 years old at the time of the story in the movie.

How Old is Disney Princess Mulan 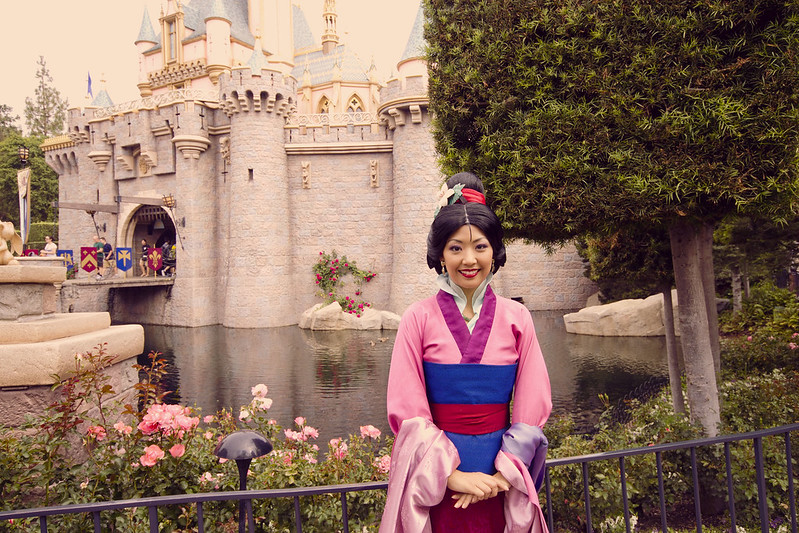 Mulan is a strong role model who disguises herself as a man to fight in the army in place of her ailing father. An impressive act of bravery, particularly considering that Mulan is only 16 years old.

Is Mulan really a Princess? In the movie she is not the daughter of a King or a Queen, nor does she marry a Prince, so technically she is not a princess. However, she is most certainly a Disney Princess. The two are different things!

In the realms of Disney movies, although most of the Disney Princesses would qualify as royal if they were real people, Mulan and Pocahontas wouldn’t. They are, however, Disney Princesses as Disney has awarded them honorary royal status!

Princess Tiana – Princess and the Frog 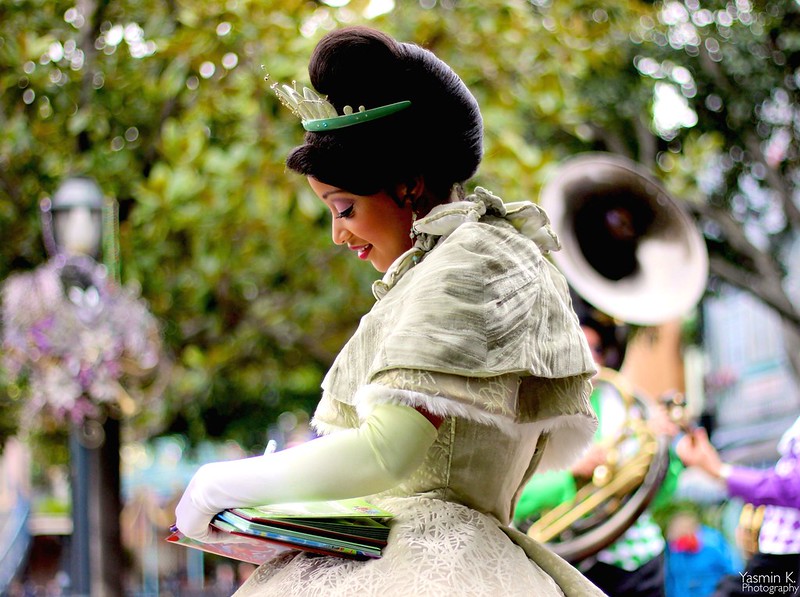 Tiana made history by being the first African American Disney Princess. The stunning movie, Princess and the Frog, sees Tiana work hard to achieve her dream of owning her own restaurant. She may marry a Prince along the way, but she is very much her own woman!

If you want to experience the fabulous atmosphere of her wonderful restaurant you need to sail on the Disney Wonder so you can dine at Princess Tiana’s Place.

Princess Tiana is also one of the oldest Disney Princesses at 19 years old.

How Old is Princess Rapunzel in Tangled? 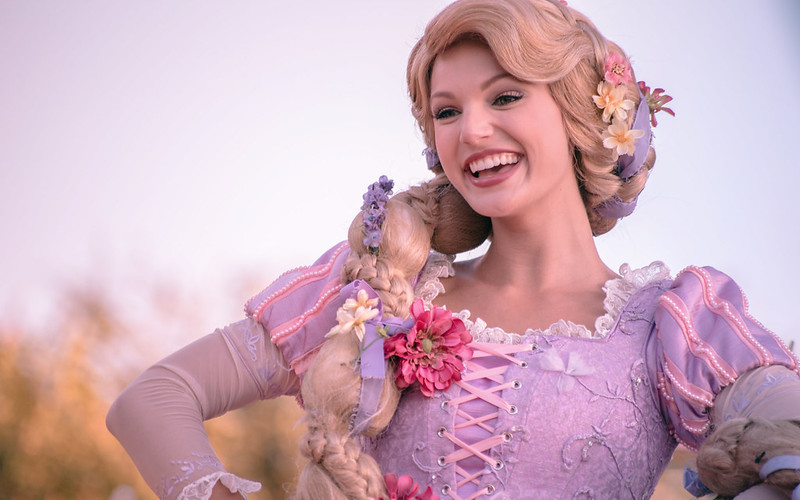 At the start of the Tangled movie, Rapunzel knows very little of the outside world, having been kept captive by her disturbingly narcissistic villain parent Mother Gothel.

Rapunzel’s view of the world has been through her paintings and her watching the beautiful lanterns which cover the sky once a year on her birthday.

Unlike most of the Disney Princesses, we are certain of Rapunzel’s age because it is referenced a number of times in the movie. We know that events start shortly before her 18th birthday.

Rapunzel then meets the smoldering Flynn Ryder. Im a huge departure from the earlier Disney Princess movies it is Rapunzel whosaves her Prince, not the other way around.

He is one of the few of the Disney Princes where we know his age. He is reputed to be 26 at the time of the Tangled movie.

How Old is Merida? 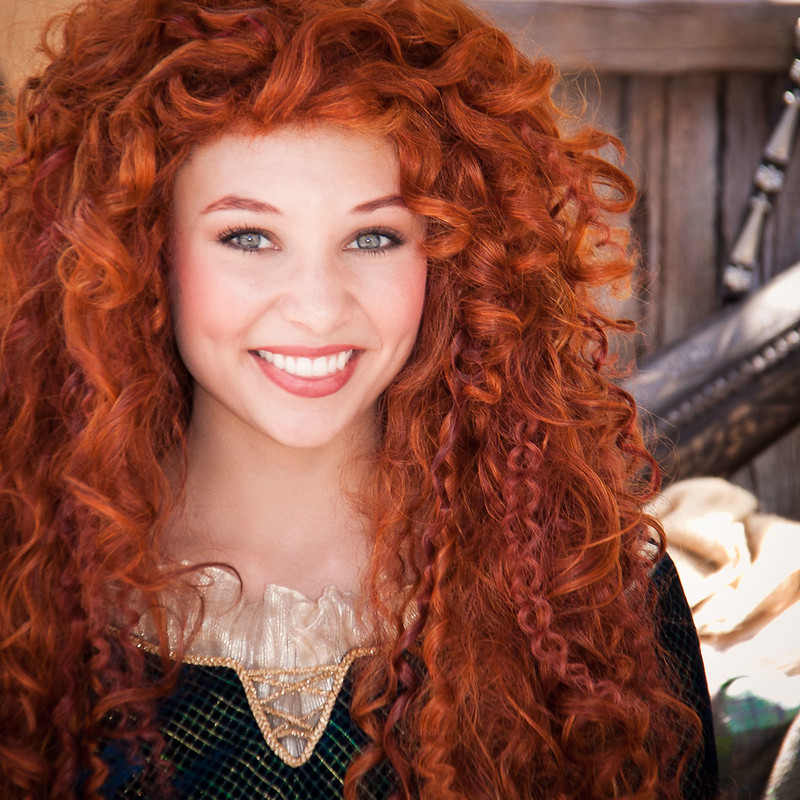 Princess Merida was the very first Disney Pixar Princess. Known for her determination and of course her amazing red hair, she is also one of the youngest Disney Princesses.

Disney Pixar Brave is perhaps the first Princess movie to explore a daughter’s relationship with her mother in a positive way. The situation is not of the often used Evil Stepmother and Daughter plot line. Rather Merida and her mother simply have very different personalities and do not communicate very well. Of course, this is Disney and things are fine in the end.

Anway, Merida is 16 years old in Brave making her the same age as Aurora and Mulan.

How Old is Moana?

When the movie was released in 2016, Moana became the 12th Disney Princess in a line which started almost 80 years before her time.

Refreshingly Moana does not have a love interest.

At only 16 years old Moana is already a strong personality who is inspired to push the boundaries and conquer her fears to serve her island. 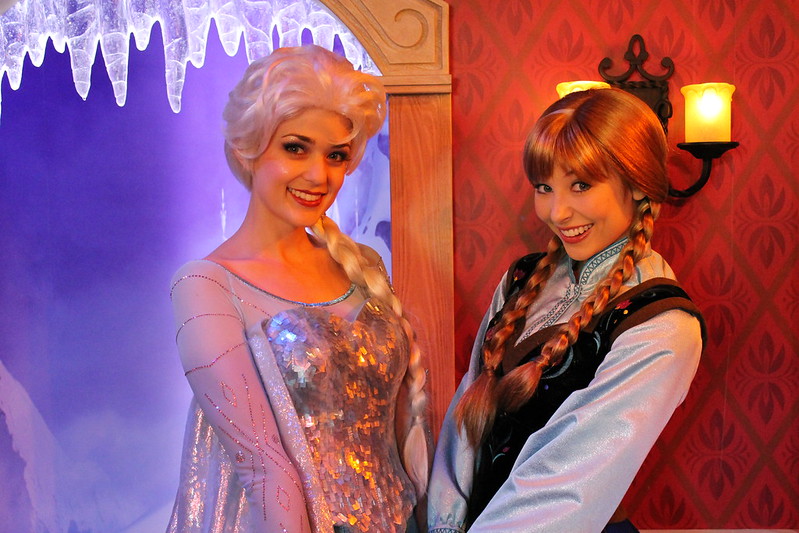 Disney Princesses have come a long way since Snow White. Rightly so. Frozen and the sequel Frozen II are the latest Disney Princess movies.

Times have changed so much that Disney can even joke about the way in which Princesses in the past have often become engaged so quickly to a man who they have just met. You know who you are Cinderella, Snow White, and Aurora.

Both Elsa and Kristoff are astounded to hear than Princess Anna has become engaged to someone she met that day. Both give their opinions about how ridiculous an idea this is. In Cinderella at this point she is already shopping for a dress.

Anna, in spite of her impulsiveness, learns many things in a short time. She is one of the older of the Disney Princesses at 18 in the original movie and 21 by the time Frozen II is released.

Were you surprised at some of the Disney Princesses ages? 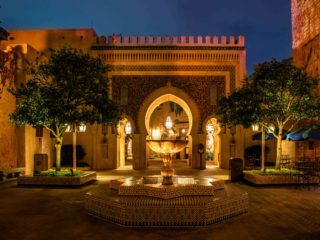 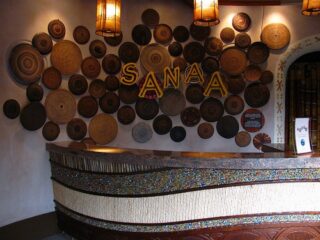