Exciting times ahead as more and more details of the Disney Wish Cruise Ship are revealed.

The brand new Disney Cruise ship, the Wish is, is set to be launched in just over a year in Summer 2022.

Disney Cruise Lines have released a new video and more details of just what will be on the Disney Wish.

The key design concept is “Enchantment”. We hear that for a long time the nickname of the new ship was Enchantment. And that this very Disney story telling theme and ingredient is incorporated into all aspects of the design of the Disney Wish Ship.

What an amazing opportunity for the Walt Disney Imagineers to incorporate almost 100 years of Disney storytelling into the design of the new ship.

This new video concentrates mostly on the design of the atrium of the Disney Wish.

There is a lot that is very familiar about the design if you know the other Disney ships, the Magic, Wonder, Fantasy, and Dream.

The sweeping staircase, the open design for decks 3, 4, and 5, the seating areas at the side, the restaurant towards the back, the grand piano, the gorgeous chandelier.

However, there is so much which is stunningly different. The inspiration for the atrium is the iconic Disney Princess Cinderella. The large bronze Cinderella statue is the focal point of the space.

It is fascinating to hear how the design of the chandelier evolved.

Inspiration was taken from the iconic scene in the movie when the Fairy Godmother uses her magic to transform Cinderella into a Princess fit for the Royal Ball.

One huge change with the designing of the Disney Wish is that the Imagineers have obviously made a lot of use of Virtual Reality technology.

This is now so much further advanced than it was when the Dream and Fantasy were designed. The Imagineers can actually “walk through” the concept designs.

I wonder how much Virtual Reality technology they will use in other elements around the ship. Perhaps in the restaurants, the kids clubs or theater?

There are also some glimpses into what the pool deck of the Disney Wish will look like.

Again, there is a lot that is familiar here. The Mickey and Goofy Pool, the Mickey Slide.

It seems pretty clear that the AquaDuck is going to be a feature too, although I am sure there will be some other enhanced design of this compared to the Disney Dream and Wonder.

This picture below shows the aft of the Disney Wish. Here you can see the buffet on Deck 11, with plenty of outdoor seating.

Below that on Deck 10 you can see that those staterooms are going to have some pretty amazing balconies, just as they do on the Dream and Fantasy.

If we look above the buffet, to Deck 12, this is most likely the adults only restaurant. I am predicting that there will be Palo and Remy here.

Palo will most likely be to the side and Remy at the back. The outdoor seating area you can see is probably going to be something like the Meridian Bar.

As I keep saying, a lot is familiar, but the excitement, and the enchantment is going to be in the design details and how the technology has moved forward to enhance the passenger experience.

What Other Clues Did We Get From the Disney Wish Video?

It’s a whole lot of fun to speculate about what other features the Disney Wish will have.

Disney actually used the words spoiler alert but didn’t give too much away!

How this motif is expressed throughout the design will be as much a reflection of the ship’s distinctive personality as of the wide range of stories that will be represented onboard, from Disney and Pixar to Marvel and Star Wars. (Spoiler alert!)

Star Wars and the Disney Wish

We already have the very popular Star Wars Day at Sea on the Disney Fantasy for select sailings, but this is only one day, and there is no permanent Star Wars fixture.

This seems highly likely to change on the Disney Wish and I am guessing there will be a Star Wars restaurant, or at the very least a Star Wars bar.

The success of Galaxy’s Edge and the excitement around the new Disney Star Wars Hotel must mean that Disney knows there is a huge amount of demand for the theme.

Do we get some clues about what the new Disney Wish Restaurants will be? I think that perhaps we do.

There are some picture references at the beginning of the video which relate very much to Beauty and the Beast.

Whilst the Disney Fantasy and the Dream have the Royal Court and Royal Palace to represent all the Disney Princesses, the Wonder has Tiana and Magic has Rapunzel.

I have always speculated that there would be a Frozen restaurant on the Wish, but after seeing this video I am now thinking that the “Tale as Old as Time” Beauty and the Beast might be the theme for the new ship.

Will there be an Animator’s Palate? Again, I think there may be. If there is I am sure that there will be a huge advance in the technology that is used.

In one part of the video the Imagineer was seen holding this board which clearly shows pictures of Tangled. This could mean that there will be a Tangled restaurant, but I think that this is unlikely, as there is already one on the Magic.

The colors to the right of the board appear to be mosaic tiles. Does this mean there will be a Tangled Mosaic similar to the one in Triton’s on the Disney Wonder? 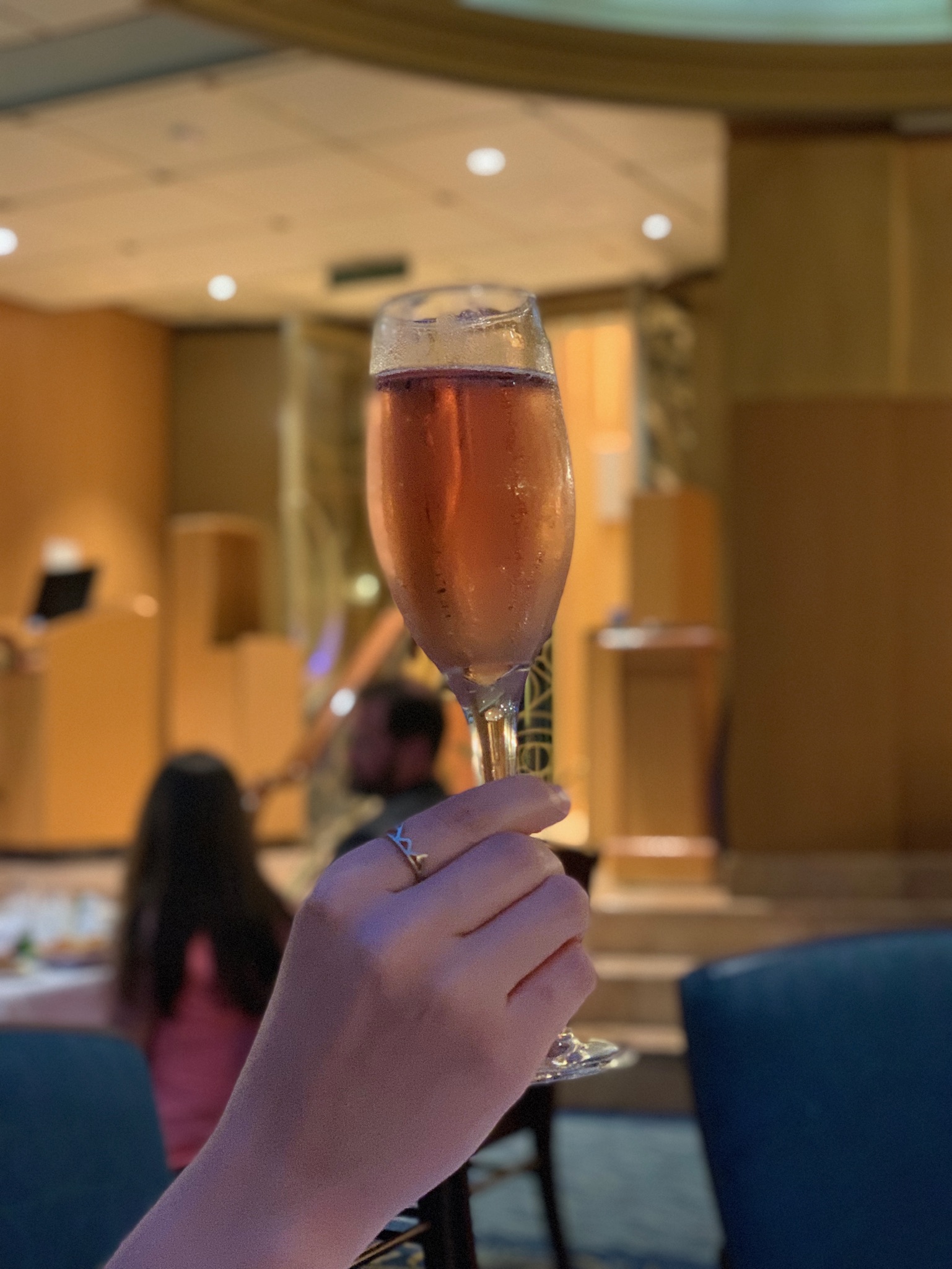 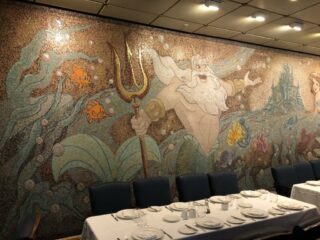