Deciding which Disney World attractions you want to experience on your trip can be a daunting task, seen as there are so many. There’s no need to worry though, as almost all of the attractions are worth your time. Almost…

I’ll explain to you why I don’t think you’ll like the attraction, and you can use that information to make a decision on whether or not you want to visit the attraction.

I wasn’t sure whether or not I should put this on the list.

It was really special for me in particular, as Lightning McQueen was one of my favorite characters when I was a kid, so it was amazing to see him in real life.

However, besides the animatronic and the huge screens that wrap around the theater, the show doesn’t offer much.

If you want to see the animatronic, go for it. But if you’re not interested, you won’t enjoy the show.

You might want to head to Millenium Falcon: Smuggler’s Run instead, also located in Disney’s Hollywood Studios. It has an amazing animatronic, yet it’s not the sole focus of the attraction. There’s much more to it.

If you have a lot of time to spend in Disney’s Hollywood Studios, I’d check it out. If you’re only there for a day, go see the other attractions instead.

This is the last time I’ll say this, but I wasn’t sure if I should put this attraction on the list.

Hard-core Disney superfans, like myself, consider it a Disney classic, as Walt Disney directly participated in the development of the attraction.

However, the issue is they haven’t updated it much since it first opened in the 70s. It’s quite funny seeing the family get super excited about a laser disc and a high definition tv.

They haven’t updated the animatronic that much either. They’re nothing like the ones you can see in attractions like “Star Wars – Rise Of The Resistance” or “Na’vi River Journey.”

The concept is very good though. It’s a showcase of how our technology has progressed over the 20th century. It is actually very interesting at times.

If you have the time, check it out, but if you’re only at Magic Kingdom for a day, I’d skip it.

Watch three Disney and Pixar Shorts on a massive screen in glorious 4D.

Fans of the Disney and Pixar shorts might like this attraction, but even then, the only draw of this attraction is you get to see the shorts on a big screen.

If you need a break or if you really like 3D shows or you like the shorts, I suppose it’s worth checking it out.

Still, it’s nothing much.

It’s not the worst Disney attraction, but it’s definitely one of the weakest.

Mission: Space is a space simulator, replicating what it’s like for astronauts when they launch into space. Depending on whether you pick the “Green” or “Orange” team, you’ll orbit the Earth or go to Mars respectively.

On paper, it sounds like a great attraction, but overall it’s pretty underwhelming.

If you go for the more intense experience, the “Orange Team,” you board an astronaut centrifuge which pushes you back on your seat, replicating what it’s like to blast upwards on a rocket (don’t worry, it’s much, much tamer than the ones they use in real astronaut training).

Some people enjoy it, while many find it too intense. And even the people who enjoy it say it’s not that thrilling.

There is a less intense version, the “Green Team,” but besides being in a rocket capsule, the experience is a little disappointing. All you do is slowly orbit the Earth. Some might like it, but many find it dull, slow, and uninteresting.

If you absolutely adore the Muppets, go check this one out. Even then though, the show itself is no where near as funny or witty as the Muppet shows or movies.

There’s one or two knee slappers, especially Sam Eagle’s reply when Kermit asks him how the “finale” is going, which I won’t spoil here. (In case you don’t know who Sam Eagle is, he’s Nigel Farage’s twin brother).

Other than that, there’s not much. The effects are dated, some of the characters are annoying, and the story is a little boring.

I’m a little biased, because I don’t like country music, though even fans of country music probably wouldn’t be too keen on this attraction.

It’s a sit-down show where a group of animatronic bears singing country songs. The bear animatronics are very dated and honestly, a little creepy.

There’s just not much that stands out in this show. Maybe you’ll enjoy the music, but it doesn’t offer anything besides that.

Similar to Autopia over at Disneyland, on the Speedway you can drive your very own racecar. Well, by racecar, I mean a car that has a max speed of 6 MPH – that’s on a track….

It’s designed for kids, but even for them, the experience is a little lackluster.

The track has little to no variety to it. For 45 seconds, all you’re doing is turning through a long curve. 45 seconds might not seem so long, but for a theme park attraction, that’s a lot of dead space.

The track winds through a very generic grass area with few things to look at.

Much like the attraction “Tarzan’s Treehouse” at Disneyland, this attraction is a walkthrough experience where you explore the Swiss Family Treehouse from the Disney movie “Swiss Family Robinson.”

The best part about this experience is you get some fantastic views of Cinderella Castle. They’re the best views of the castle you can find in the park.

To get there though, you have to climb lots and lots of stairs. And besides the view of Cinderella Castle, there’s not anything to see in the walkthrough. You walk over some bridges, see a few bedrooms, and that’s about it.

It’s quite a workout, and again, there’s not much to see.

Located in the Tree of Life, It’s Tough To Be A Bug is a 4D show based on the Pixar movie A Bug’s Life.

I’m okay with scary attractions at Disney parks – in fact, The Haunted Mansion is one my favorite rides at Disney World. But I think in this case, they went a bit too far.

There is a fun kind of scary, like the Twilight Zone – Tower Of Terror, then there’s the kind of scary that feels kind of mean.

Specifically, towards the end of the show, giant spiders lower down towards the audience, preparing to “attack.” It’s very jarring because the first half of the show, while it has very unpleasant 4D effects, has a light-hearted tone.

Even if you took the spider scene out, there’s not much else that’s very impressive, besides the Hopper animatronic. Again, the effects are just unpleasant, especially when bugs “crawl around your feet,” and on top of that, the show isn’t that charming, funny, or all that much fun.

I’ve never heard anyone say they love this attraction. I once heard a Cast Member who worked on the attraction say around 30-40% of the audience leaves mid-show. It gets forgetten about, despite the fact that it’s located in Animal Kingdom’s iconic Tree Of Life.

1. Journey Into Imagination With Figment – Epcot

Most Disney fans reading this article saw this coming.

It’s not as bad as people say it is, but when you compare it to all the other Disney World attractions, this can look pretty underwhelming in comparison.

It took a very bizarre direction. You’d think an attraction based on imagination would be amazing, but they don’t do anything creative or – well…, imaginative with the concept.

The ride isn’t about imagination, it’s how the senses trigger the imagination, which might be an interesting exhibit in a science mueseum, but not in a theme park attraction.

All you do is explore a generic science lab. There are a few unique effects and sets, but they’re nothing that impressive.

Which Disney World attraction do you avoid? DO you agree with this list. Leave me a comment below. 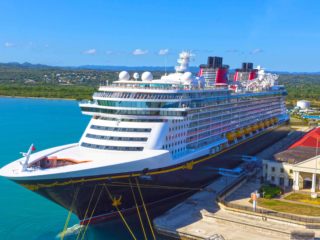 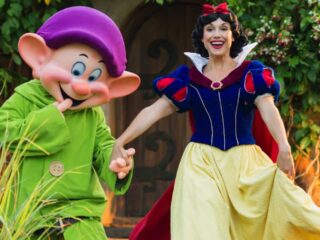