Are there really any Epcot thrill rides? Epcot does have a couple of rides for thrill-seekers out there!

Whilst Disney’s Epcot does not have any traditional roller coasters, it does have some very innovative rides which will entertain all the family. Some of the Epcot rides may even get the adrenaline seekers out there interested.

All of the Epcot Thrill Rides is located in Future World. There are no thrill rides in World Showcase where the Epcot Countries are located.

Epcot Test Track is a very popular Disney World ride – and rightly so! The idea is that guests board a ‘Test’ Car to be put through its paces on a track.

It goes through various tests including, heat, braking and of course the most fun one, speed.

What everyone is really waiting for is the outdoor High-Speed Test. Here Test Track has speeds reaching 65 miles per hour around a 50-degree banked curve.

Epcot Test Track is a ride which is suitable for all ages. However, it does have a 40-inch height requirement.

Here is a video of Epcot Test Track to show you what it is like.

If you want to cut down time spent waiting in line make sure that you get a Fast Pass for Test Track. There is also a Single Rider Line.

Photo Credit
It may put you off a little to know that Epcot Mission Space was the first ride, and is the only Disney ride anywhere in the World to offer vomit bags as a convenience for its riders!

However, this really shouldn’t put you off from trying this very unique experience.

Epcot Mission Space is a very sophisticated motion simulator ride which shows Epcot guests what an astronaut may experience on a journey to Mars.

There are 4 riders in each vehicle and everyone is assigned their own role. You are either a Commander, Navigator, Pilot or Engineer.

Don’t worry about what any of this means. All you need to do is push buttons at a certain time according to your role.

It’s a lot of fun, but it doesn’t matter if you don’t do it. You will still get back to Earth unscathed!

The Mission Space ride vehicle is very small. If you are prone to motion sickness or claustrophobia this is a ride where you really should observe the warnings.

Riders experience up to 2.5 G Force. However, that is the fun of it for most people.

Here is a video of the Epcot Mission Space ride. You may want to watch this before you experience it. It doesn’t give you the sense of just how small that ride vehicle is though. If you have any doubt that you will be OK in a small space, don’t ride!

Epcot Mission Space is a highly intense and very unique ride. It is certainly one of the most thrilling Epcot rides and indeed one of the most adrenaline-inducing of all Disney World rides.

But be warned. For many, it is a little too much.

Disney opened a second non-motion version of the ride. This is also a lot of fun and does not have the G Force of the main attraction so is suitable for more people. Many pick this option as they do not want the G Force experience.

However, it is still in an enclosed space so be aware. If you don’t like small spaces, just avoid it.

Epcot Soarin’ Around The World

Photo Credit
Soarin’ Around the World is an identical version of it’s West Coast Disneyland cousin. Disneyland was the first, but Disney World soon got its own version.

Disney Soarin is a very innovative Epcot ride. White knuckle it most certainly is not, but it can be described as a ‘thrill ride’.

This 4 minutes 51-second simulated flight ride takes guests over the amazing sights of The Egyptian Pyramids, The Taj Mahal, The Great Wall of China and many more.

You would be forgiven for thinking that the ride structure looks like a giant Erector set – for that is exactly what it is modeled after.

The Disney Imagineers had to find some way of getting people safely in front of a giant movie screen in some kind of ride vehicle which could move in a way that made them feel like flying. They certainly did a great job with Soarin’ Over The World.

You are safely strapped into your seat and then you ‘fly’ upwards into the air in front of a giant IMAX screen. There are 3 rows of seats.

As your feet dangle in the air, the best view is on row 1 as your line of vision doesn’t have someone else’s feet in it!

However, this row is also the highest so if you are at all wary on your first ride on Soarin’ then ask for row 3.

Epcot is experiencing a lot of changes right now. These include new thrill rides, landscaping changes, updated movies, new restaurants and even a replacement for Illuminations.

The entrance plaza has been dominated by the Leave a Legacy structure. These were always controversial and certainly dominated the entrance.

These structures are now gone and will make way for a new, greener entrance to Epcot, much like it was in the days when the park originally opened.

More exciting for the thrill-seekers is that Ellen’s Energy Adventure is now being transformed into a Guardians of the Galaxy Ride.

Epcot Guardians of the Galaxy Ride

Concept art by Marvel and Disney

This is one of the most exciting new attractions to come to Epcot in many years. When the Guardians of the Galaxy ride was first announced it was thought that it would be a makeover for Tower of Terror, just as it was in Disney’s California Adventure.

However, when it was clear that this Guardians of the Galaxy attraction would be coming to Epcot everyone realized that Disney had something very different planned.

We still don’t have too much detail, but it is thought that the old Ellen’s Energy Adventure building will be used to hold the line for the ride. An additional building will be constructed to house the attraction itself.

What we do know is that Guardians of the Galaxy ride will be a roller coaster. Much needed in Epcot, Disney has said that it will be a “one of a kind family attraction”.

They have confirmed that it will be one of the longest indoor roller coasters ever built.

We can’t wait for the new Guardians of the Galaxy ride to open in Epcot. When will that be? No date has been announced yet, but rumor has it that it will be Spring 2021.

We have more of an idea of what Remy’s Ratatouille Adventure will be as it is based off the ride in Walt Disney Studios Park in Paris.

Here you can get an idea of what the Ratatouille Adventure in Epcot will be like.

It is not exactly a thrill ride, more of a thrilling ride, but it will certainly be a welcome addition to the rides at Epcot.

If you are visiting Walt Disney World you will want to spend at least a day at Epcot. The park is so huge you either need to allocate more time, or be really good about planning what to do. Here are some articles to help you on your way!

Find out about Epcot World Showcase with this List of Epcot Countries.

The food in Epcot is amongst the very best in Disney World. Here are some guides for you:

Some say that Epcot is just for grown-ups but we really think it is a great experience for all ages. If you have young children this Epcot with Toddlers Guide is for you!

Which of the Epcot thrill rides do you want to experience? Let me know in the comments below. 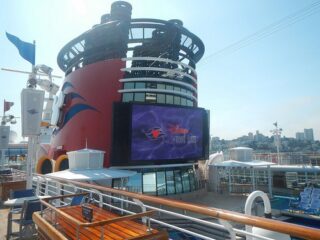 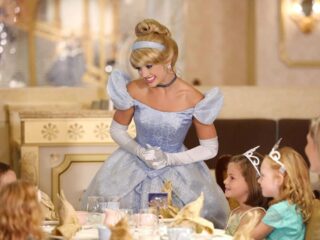 Disney Cruise Royal Court Royal Tea - Is It Worth It?
Read Next Post →

[...] of Disney-related information!Epcot Thrill Rides EverythingMouse / Posted on: October 14, 2012EverythingMouse – Are there really any Epcot thrill rides? Epcot does have a couple of rides for thrill [...]