Disney Cruise Destinations – Which are the Best?

There are now many Disney Cruise destinations to choose from.

The are currently five Disney Cruise ships offering a variety of destinations, and the line is due to expand rapidly over the next few years, bringing with it the opportunity of many exciting new itineraries and ports.

It all started way back in 1998 with the launch of the first ship to join the fleet, the Disney Magic.

She was followed quickly by her sister ship Disney Wonder which was launched in 1999.

Expansion was a long time coming and we had to wait more than a decade until the Disney Dream came on board in 2011 and the Fantasy in 2012.

Whilst Disney took almost 15 years to launch her first 4 ships, the current expansion is at a breathtaking pace in comparison.

The slightly delayed WIsh started sailing from Port Canaveral in the summer of 2022. She will be followed by two sister ships in the Triton Class.

The Disney Treasure is already under construction and is due to first sail in 2024. The final Triton Class ship will launch sometime in 2025.

It was surprising enough when Disney Cruise Line announced that there would be an additional three ships joining the fleet, talking the grand total to seven in the fleet by 2025.

However, even more surprising was the announcement that Disney had purchased a ship that was already three-quarters of the way to being complete.

DCL could not resist the bargain-priced Global Dream which will be ready to add to the fleet in 2025.

This is very much a departure from the usual design of the Disney ships but no doubt the Imagineers will put their very considerable talents to work and ensure that the magic is part of this enormous ship.

The chart below shows all the existing and planned Disney ships. You can see just how much larger the as-yet-unnamed acquisition is compared to the other members of the fleet.

Disney Just Bought a Ship – What Will She Be Like?

These departure points are all places where Disney Cruise ships originate as their home port in 2023 and 2024.

Fort Lauderdale and Miami are home to Disney Dream for part of the year. Disney Magic also sails from Miami for a few months in 2023.

By far the majority of the Disney Cruise ship sailings are out of Florida. However there are many other DIsney Cruise destinations for 2023 and 2024.

Here we are looking at the destinations that Disney Cruise Line will sail in 2023 and early 2024.

Right now we only have the early 2024 sailings released.

A lot is unknown at this point as Disney Treasure will be launched sometime in 2024, probably around June. She will most likely take over the 3 and 4-night Bahamas itineraries from the Wish.

We will update this article as soon as we know of any updated information about the Disney cruise destinations for 2024 and 2025.

The Bahamas and the Caribbean

Many of the Disney cruise destinations are in the Bahamas and the Caribbean.

The new Disney Wish sails alternating 3 and 4-night Bahamian cruises with a port stop in Nassau.

Most Disney cruises to the Bahamas and the Caribbean have a port stop at Castaway Cay.

Disney’s Private Island is one of the most popular destinations for guests.

What You Need to Know About Castaway Cay Before You Go

Disney has just one ship sailing to Alaska each year.

Disney Wonder sails from Vancouver Canada for mostly seven-night Alaskan itineraries. However, if this doesn’t match what you want there are a limited number of five, eight, and nine-night cruises.

Five-night cruises sail to Dawes Glacier and Ketchikan, while seven-night cruises continue on to Skagway, Icy Strait Point, and Juneau.

Eight-night cruises add in a stop in Sitka, Alaska, while nine-night cruises go to all of the previous destinations except Dawes Glacier, which is replaced with Hubbard Glacier.

Disney is very much a small player in the Alaskan cruise market in terms of the number of ships, with Princess, Holland American, and NCL all offering a huge variety of itineraries and different ships.

However, no other ship sailing in Alaska offers the charm of the Wonder. With dazzling entertainment, themed restaurants, stunning service, and character appearances, there is nothing quite like a Disney Cruise.

Who can resist Mickey and Minnie in their Alaska theme outfits? And make sure you look out for Elsa, Anna, and friends at the Frozen deck party.

Disney Cruise Alaska – What You Need to Know

A European Cruise is on many a bucket list. And a great way to sail on a cruise in Europe is to choose DCL.

Every year one of the Disney ships makes the Transatlantic Cruise journey to Europe from North America and back.

Usually, from May to September each year there are Disney Cruises in Europe available. Mostly this has been sailing on Disney Magic, but in 2023 Disney Dream will be sailing the European itineraries.

There are many different destinations to choose from.

These include Mediterranean cruises sailing from Civitavecchia (Rome) and Barcelona. Port stops include Cannes, Naples, Livorno, Cadiz, and Lisbon.

Disney Dream sails to New York from Southampton on September 17, 2023. One of the Disney cruise ships will most likely be back in Europe for 2024 from May to September.

If you want to sail on a Disney Cruise from the West Coast in early 2023 and 2024 you can book the Wonder from San Diego.

Most of the Disney cruises from San Diego are 3, 4, and 5-night itineraries. Destinations include Cabo San Lucas, Ensenada, and Catalina.

There are also some limited 7 day Mexican Riviera cruises with port stops in Cabo San Lucas, Puerto Vallerta and Mazatlan.

Disney Magic will take over the San Diego home port for the first time in September 2023 as the Wonder is sailing to a new destination at that time.

Disney Cruise Line made the very welcome, if not entirely surprising announcement that the Wonder would be sailing to Australia and New Zealand for the first time in Fall 2023 and into early 2024.

There is a big choice of itineraries with 2, 3, 4, 5, and one 6-night sailing. The home ports for Australia and New Zealand are Brisbane, Sydney, Melbourne, and Aukland.

These cruises have proved to be incredibly popular with many selling out as soon as they were released.

It seems a pretty safe bet that one of the Disney Cruise ships will return to Australia and New Zealand sometime in 2024 and may even home port there for the majority of the year once the new Disney Treasure is launched.

Another much-welcomed feature of these new itineraries is that there will be two repositioning cruises with port stops in Hawaii. Disney has rarely sailed to Hawaii so this was a very popular announcement.

Disney Cruise Destinations in the Future

What future destinations may be on the horizon for Disney Cruise Line?

The acquisition of Global Dream brought this question into sharp focus. DCL has already stated that this new ship will not be sailing out of North America.

The original concept of the ship was that it would have Shanghai, China as a home port. But Singapore is another viable option for a ship of this size. And so is Tokyo, Japan.

The cruise market in this area is expanding rapidly so these new destinations would make a lot of sense for Disney, particularly when you remember that a cruise could be combined with a visit to one of the parks in the region.

When are Disney Cruise Itineraries Released?

Disney does not usually release cruise itineraries more than 18 months ahead.

At the time of writing this article in late December 2022, the itineraries are released up until May 2024.

I have been documenting this for almost a decade so as to give some idea of when future Disney Cruise itineraries will be released.

When are Disney Cruise Itineraries Released? 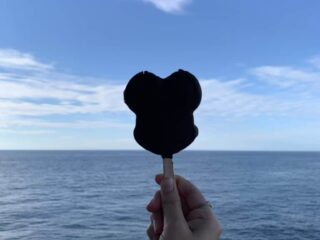 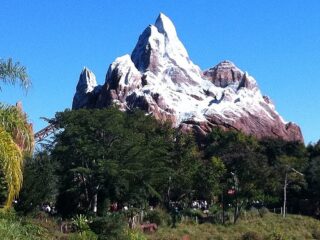