The stern character is usually one of the first things which Disney releases details about and concept art for, when they announce a new ship.

One of the first news of any kind about the design of the Disney Wish was that her stern character will be Rapunzel from the movie Tangled.

The design cleverly incorporates Rapunzel’s magically long hair into the design. Her ever trusty chameleon is there with her to hold her paint palette. Obviously we know what a talented artist Rapunzel is from the Tangled Movie.

It is fun to speculate about how else Rapunzel with feature in the decor and theme of the new Disney Wish. The Disney Magic now has a Tangled themed restaurant – Rapunzel’s Royal Table.

It seems likely that the Disney Wish will have a Disney Princess themed restaurant. Tiana’s Place on the Disney Wonder and Rapunzel’s Royal Table have proved to be very popular.

However, as there is already a Rapunzel themed restaurant on the Disney Magic, perhaps the Wish will have a different Princess. Maybe even a Frozen theme?

The Disney Magic has Helmsman Captain Mickey as the lobby atrium statue.

The character in the lobby atrium, just outside Triton’s on the Disney Wonder is Princess Ariel.

Stern Character on the Disney Dream

The inspiration for this representation of Mickey Mouse is of course the classic Disney movie Fantasia. Mickey Mouse is directing his magical brooms to finish the paint on the Disney Dream stern.

The lobby atrium character for the Disney Dream is Admiral Donald Duck.

The much beloved Disney character Dumbo is on the stern of the Disney Fantasy. She was launched just one year after the Disney Dream in 2011 and is the second of the Dream Class ships.

The adorable figure of Dumbo is shown holding the paint pot in his trunk.

The lobby atrium figure on the Disney Fantasy is Minnie Mouse. This delightful Minnie Mouse statue is inspired, just like the design of the Disney Cruise ships, by the travel of the 1920s and 1930s. Walt Disney and his wife sailed on cruises and this representation of Minnie Mouse is intended to pay homage to that era of travel

Which is your favorite of the Disney Cruise Ship Stern Characters? 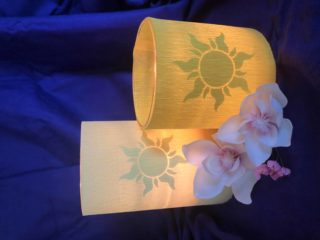 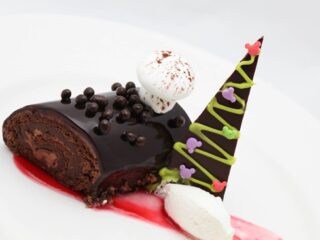