What will the Disney Wish Lobby be like? All we have right now is the concept art, but it is a whole lot of fun to speculate about what the Disney Wish lobby atrium will look like.

Disney Parks Blog just released this new video of the new Disney Wish Atrium. This gives us a great idea of exactly how the new ship will look.

It is stunning. You can easily see that it has many elements of the existing Disney ships, particularly the Disney Dream and the Fantasy

The huge news is that Cinderella will be the Disney Princess who will be the statue in the lobby atrium of the new ship.

Here is the first concept art which was released. for the Disney Wish Lobby.

I think that the design for the Disney Wish is stunning. The atrium is of course the central hub of the interior of any Disney Cruise ship.

It is here that guests arrive to get their first glimpse of their Disney Ship, it’s where the characters gather, and the natural meeting place for guests in the evening. It is the equivalent of the iconic Cinderella Castle in Magic Kingdom or the Tree of Life in Disney’s Animal Kingdom.

The central lighting fixture is always a dominant feature in the design of any Disney ship atrium and we can see that the Disney Wish is no exception.

ARE YOU UP TO THE DISNEY CRUISE TRIVIA CHALLENGE?

We know that Rapunzel is going to adorn the stern of the Disney Wish. Here we can see how the Disney Tangled movie design is being brought to the lobby.

The lighting is reminiscent of the classic Tangled lantern design. It may be that in some way the lights reflect on the carpet, just as they do on the water in the classic scenes in the Tangled movie.

One thing that we didn’t see in the original art was the “Captain Statue” which all of the Disney ships have. In the Disney Dream it is Captain Donald.

However, we now know that the statue will be of Cinderella.

The grand piano is also missing. It is likely that it will be there in the Disney Wish lobby, but has just been omitted from the concept art.

It is helpful to look back and compare the concept art of existing Disney ships to see just how true they were to the reality.

Here we see the concept art which was released whilst the Disney Dream was being built.

How accurate was this concept art? Let’s compare the concept with the reality.

Whilst there are some differences, the overall design keeps pretty faithfully to the original art.

The colors are actually more vibrant in the photo, although this could have a lot to do with the excellent lighting and great photography. You can see that on the concept art for the Disney Wish lobby the colors are much lighter than in the reality of any of the other Disney ships. Maybe this is something that will be borne out in reality.

The only structural difference is that there are hand rails on the steps up to the Royal Palace Restaurant.

If this example is anything to go by, the concept art for the Disney Wish will be a very accurate representation of the design of the ship that we will see some time in 2022.

Here is another example of the concept art versus the reality on the Disney Dream.

This was the concept art for the pool deck and AquaDuck that was released before the Disney Dream was launched. I remember how exciting this was as it introduced the idea of the first water coaster at sea.

This is a picture of Deck 11 and 12 on the Disney Dream. We can see again that the concept art was pretty accurate. The picture is actually taken in the other direction on the ship, so that accounts for some differences. The concept art also shows the old design of the Disney Cruise pool lounger chairs, but that is a minor detail.

We can see too, the concept art for a Disney Dream Outside stateroom. It would be great if Disney Cruise lines would release concept art for the design of the Disney Wish Staterooms, but they haven’t done so yet.

As Disney Wish will have exactly the same number of staterooms as the Disney Dream and Fantasy I think we can assume that the design of the staterooms will be similar in the Disney Wish. The Disney Cruise staterooms are already very well designed, so in some ways it is difficult to see how they can improve on this. But I am sure they can!

Here is a picture of an actual Disney Dream stateroom. As you will see, the concept art pretty much got everything right. I do still think that the designs of the Disney Wish staterooms aren’t going to be greatly different, although I am sure that Disney Cruise Lines will think of some innovation to surprise us. Just like they did on the Disney Dream with the Virtual Portholes for the Inside Staterooms.

We are working to be the most comprehensive and uptodate source of all things about the new Disney cruise ships. If you want to find out more you will love the following articicles:

New Disney Cruise Ship – this is where to find out all the updated information with everything about the Disney Wish.

Disney Wish Cruise Ship – When Will it Launch?

Where is Disney Cruise Ship Wish Being Built? 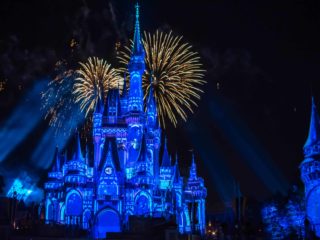 How Much Do You Know About Disney's Magic Kingdom?
← Read Last Post 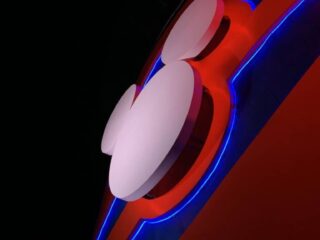