Where is Disney Wish Being Built?

If you are a Disney Cruise fan you can probably barely wait for the launch of the Disney Wish! But where is the Disney Wish being built and what progress is being made on construction?

Just like the Disney Dream and the Fantasy, the Disney Wish is being constructed at the Meyer Werft ship yard in Germany.

The Disney Wish is expected to be launched for her first sailing in Summer 2022. Originally it was hoped that the launch would be January 2022, but this has been delayed. The construction of the Disney Wish does seem to be running pretty much to this new schedule.

The Meyer Werft Shipyard was founded in 1795 and is now in the hands of the seventh generation of the Meyer family.

It has a reputation as one of the finest ship builders in the world, having built more than 700 ships of different types, including 20 luxury cruise ships.

We can see that the building of the Disney Wish has already started. In the usual course of events, a cruise ship of this size takes around 18 months from steel cutting to launch.

The steel cutting of the Disney Wish took place on March 22nd, 2020 so we still seem to be on target for a summer of 2022 delivery date.

This video below shows the progress made on Disney Wish by June 2020.

This video shown below which was released in August 2020:

The Disney Wish will most likely have a lot of features that mirror the design, but it is very exciting to think about how many technical advances there will be. Remember when we first heard about virtual portholes? The enchanted artwork? The Aquaduck?

It is exciting to think about what innovations the Disney Wish will bring.

If you are sailing on any of the Adventures by Disney cruises which sail on the River Rhine in 2021 you can book an excursion which includes a visit to the Meyer Werft shipyard in Papenburg, Germany.

When Will Disney Wish Be Launched?

The official word is still that the Disney Wish will be launched for her first sailings in Summer 2022. It was thought it would be launched in January 2022, but this has now been delayed.

The Disney Wish is the first ship of the new Triton Class of Ships. The second and third as yet unnamed ships were due to be delivered in 2022 and 2023.

However, the current cruise industry crisis most likely means that the delivery dates for the second two Triton Class Disney Ships will be delayed.

How Big is the Disney Wish?

There really aren’t many details about the Disney Wish Cruise Ship to be released yet, but we do know that it will be larger than the Disney Dream and the Disney Fantasy.

However, it will have the same amount of staterooms as the Fantasy and Dream, which means that the Disney Wish will most likely have more space for passenger entertainment areas.

I think that the Disney Wish Concierge Lounge and Decks will be significantly larger on the new ship. I am speculating that Disney Cruise Lines will be placing even more of an emphasis on the concierge section to have more of a ship within a ship experience.

We don’t yet know who the Disney Wish Godmother will be, but it’s fun to speculate. Also we have a great idea of what the Disney Wish Lobby will look like from the concept art – but how close is that to reality?

Here are the things which we know right now about the Disney Wish. This will be updated as we get more news about the new ship.

You will see that the gross tonnage goes from 135, 000 to 144,000 tons. This is because there is a difference between Disney and the Meyer Werft websites. 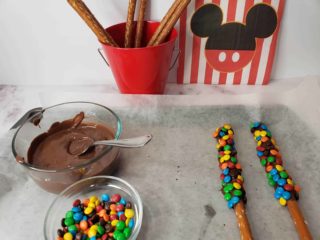 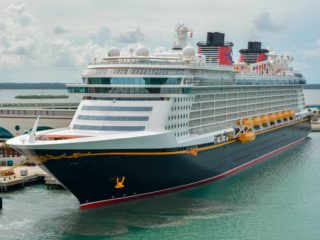 CDC Ban on Cruises to Expire - What Does This Mean?
Read Next Post →