Top 5 Funniest Movies On Disney Plus

Top 5 Funniest Movies On Disney Plus

Comedies, without a doubt, are my favorite movie genre. I’m someone who loves to laugh and joke around so comedies are a perfect fit for my personality.

It’s a Brad Bird movie, so it’s guaranteed to be hilarious.

I think the funniest character in the movie is Skinner, the evil chef that’s after Remy. Every time I watch that scene where he has a crazy outburst in front of his lawyer I always burst out laughing.

I love it when the lawyer says: “Should I be considered about this? About… you?”

There are some really funny quotes too, like “Keep your station clear… OR I WILL KILL YOU!” or “I killed a man – with this thumb!”

This is the Muppet reboot movie that came out in 2011, and nine years after its release it still holds up pretty well.

The best part is the “Man Or Muppet” song sequence. It’s cheezy in all the right ways.

I also like it how after the first dance number all of the dancers end up collapsing from exhaustion. Everything is just really well put together in this movie. The Muppets are such great characters and this movie has a solid storyline.

A lot of the comedy comes from the horse “Maximus.” I love how persistent he is in his quest to find Flynn Rider and love the rivalry that forms between them.

Pascal is pretty funny too. I laughed a lot when he stuck his tongue out to wake up Flynn Rider.

My favorite running joke is the pan and how the characters use it as a weapon to fight off the bad guys.

If you love Disney’s Tangled you will want to see Mother Gothel Quotes and Flynn Ryer Quotes.

2. Guardians of the Galaxy

One of the comedy movies in the Marvel Cinematic Universe, and you are sure to laugh out loud at some point in this movie.

It’s hard to pick what’s the funniest scene in the movie. It’s either when Starlord sings “Ooh Child” to Ronan at the end, or when Starlord tries to obtain the inmate’s robotic leg, and then it turns out Rocket didn’t actually need it.

Speaking of Rocket, he is probably the funniest character in the entire MCU. “Okay, how much for the arm?”

The Emperor’s New Groove is one of those often forgotten Disney movies, and it really shouldn’t be. If you haven’t seen it yet then you really should!

All of the best parts are with Yzma, like when she turns into a cat or when the chandelier falls and misses her. She is probably my favorite Disney villain as she is so funny.

I think my favorite is when in the diner where Yzma keeps just missing Kuzco.

Which is your favorite Disney + Comedy Movie? 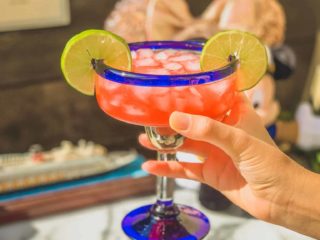 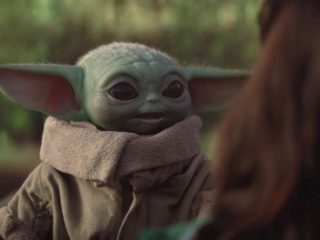