When will Disney Announce Summer 2023 Cruises?

Whilst some cruise lines already have their itineraries released well into 2024, Disney Cruise Lines has still not released their Summer 2023 sailings.

When will we know what the Summer 2023 Disney Cruise sailings will be? And when will they be available to book?

When Have Disney Cruise Itineraries Been Released in the Past?

If we want to make an educated guess at when the Disney Cruise Line Summer sailings will be released, then it is helpful to look at what has happened in the past.

In the chart below we can see the release dates of Disney Cruises right back to 2015.

As you can see, there is some pattern to this which is somewhat helpful in working out when the next sailing dates will be available.

With these historical details we see that based on the past, the itineraries could be released around the week starting Monday, March 14, 2022.

You can see though that in past years, sometimes the Summer itineraries for Disney cruises have not been released until the middle of April.

Another indication that the new sailings will be released soon is that the offer for reduced deposits will end soon.

The deal was that many Disney cruises were being offered with a 50% reduced deposit.

This offer was valid on any new reservation for select Disney cruises departing between June 18, 2022, and May 31, 2023, which does not require final payment at the time of booking.

In the past, Disney has announced the new dates shortly after the 50% deposit offer expire.

What Can We Expect From Disney Cruises for Summer 2023?

We can speculate on which of the Disney ships will sail where in Summer 2023.

Nothing here is official – but it is always fun to take an educated guess about what to expect!

What is less predictable is exactly what the sailings for the Disney Wonder and Disney Magic.

One of the big questions is – will Disney Cruises sail to Hawaii in 2023? These sailings are incredibly popular and tend to sell out to Castaway Club Members before they are even offered to the general public,

Disney Hawaii Cruises are historically pretty rare. They have only been offered in 2012 and then again in 2022.

The original Disney Hawaii cruises were 15 nights long with a round trip sailing from Los Angeles. I really wish that this would be offered again, but I think it is unlikely.

At most they would only offer two sailings – and this would take a whole month out of the Disney Wonder schedule.

What is more likely is that the itineraries will be very similar to those offered in 2022. The Wonder needs to somehow get to Vancouver to sail her Alaska sailings and also back down to San Diego for more Mexican Riviera sailings.

One way to do this is a short repositioning cruise sailing up the West Coast. However, it seems more likely that there will be another couple of sailings like 2022, with Los Angeles to Honolulu and then Vancouver to Honolulu.

Disney Wonder will sail mostly 7 night Alaska sailing from mid to late May to early September.

Most likely she will sail on more cruises from San Diego from September 2023 onwards. Usually, she has sailed through the Panama Canal and had her homeport in New Orleans and Galveston for a while. However, it seems more likely that the Disney Magic will sail those routes instead.

The Disney Magic usually sails to Europe in early May. Obviously, this means a Transatlantic repositioning cruise. This is usually 12 or 13 nights long.

The Magic them will most likely settle in her homeports of Barcelona and Civitavecchia sailing on 7 night Mediterranean cruises. There will also most likely be the usual collection of Northern Europe itineraries from Dover and Copenhagen.

Hopefully, there will be the Disney British Isles cruise for 2023 as this one is on my bucket list!

It the Magic follows the pattern set for 2022, she will sail back over the Transatlantic to New York, sail a couple of itineraries from San Juan and then see the year out with Galveston as a homeport.

Everything here is of course pure speculation – as soon as the actual sailings are announced we will let you know the details.

Which sailings would you like to see for Summer 2023?

We have so many guides for you to make your Disney cruise planning so much easier! Here are some to get you started!

How to Choose a Stateroom on a Disney Cruise

What You Need to Know About Food on a Disney Cruise

Join Our Disney Cruise Group for Tips and Giveaways 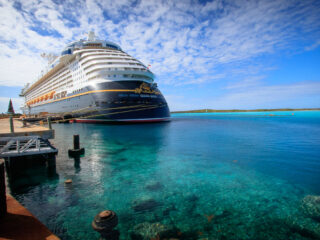 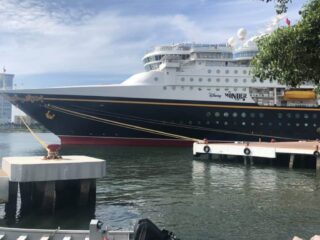 Send me information on 2023 Disney Deals