Here are the top-5 worst Disney live-action remakes. Keep in mind we’re only including remakes of animated movies, so no sequels like Alice Through The Looking Glass or remakes of live-action movies, like Freaky Friday.

This one is mostly the same as the original. The main difference is that the dogs don’t speak, which really brings the movie down, as for the majority of the movie you’re just watching dogs running around. It’s cute, but I preferred it in the original where they spoke.

It’s also longer, the husband and wife get more screentime, and you get to see where Cruella De Vil works, which was actually a welcome addition.

Everything else is the same though, meaning you’re pretty much watching the original 101 Dalmations, but with real people. This made the movie very boring, as it’s just the same thing over again.

I kept losing focus and would think about something else. Then when I tried to bring myself back to the movie, I couldn’t pay attention for more than a few minutes.

My biggest gripe is that most of the jokes are predictable , annoying slap-stick. Having someone just fall over and hurt themselves isn’t funny.

The slap-stick comedy in Home Alone works because the way Kevin hurts the Wet Bandits is creative and over-the-top. It works in Tom & Jerry because it’s funny to see Tom think he’s on top of the situation, then in an instant be brought down by a tiny little mouse.

The movie is just terrible slapstick over and over again. The other remakes are bad, but none struck a nerve so much as this one.

This one follows the original much more closely than 101 Dalmations, and again, the problem is it’s boring seeing the same thing over again. They don’t make any major alterations to the story. They have extra scenes and they change some moments, but overall it’s the same.

One change I did like was that Belle’s father a kind, gentle man instead of the mad inventor in the original. While the father in the original was fine, you get a better idea of where Belle gets some of her traits from with this version of the character.

The other additions could be cut out though. They don’t add anything to the story and sometimes they don’t make much sense.

For instance, why did they need the mystery about Belle’s mother? Yes, Belle and the Beast bond over the fact that their mothers both died when they were young, but you don’t need that because they already have lots of scenes where their love for each other grows stronger.

Plus, why did Maurice keep it a secret anyway? I thought there was going to be a huge plot twist, like somebody they knew murdered her, but it turns out the mother died from the plague, which isn’t a huge revelation. Further, the original didn’t have this subplot, and it works find without it, so why do we need it?

Unless they wanted to put a new spin on the story or if they believed they could make it better – which to be fair, is a hard task, given that it’s already next to perfect – there was no need to remake Beauty and the Beast.

This one is just plain awful. To its credit, it does try to differentiate itself from the original. The set pieces are different, they changed/added some of the characters, and they went for a more dramatic tone.

However, the changes they made don’t enhance the story.

Something that really bothered me is they gave Mulan mystical powers that turned her into a skilled warrior. She didn’t go and work to become a warrior – her skills and powers were granted to her.

At the start of the movie, you know she can handle herself in a fight. So when she makes the decision to take her father’s place in the war, the audience isn’t scared for her or inspired, because we know she’s already a capable warrior.

Compare that to the original, where she was utterly useless in a fight, but took her father’s place anyway, knowing she’d probably die. It’s much more inspirational.

In the original, she knew nothing of war, but grew into a fully-fledged warrior by the end of the movie. Having her start from nothing makes the audience feel they can become a warrior, just like her.

If her powers are granted to her, without her earning them, it’s harder to relate to her.

The other major issue with the remake is they take scenes from the original, but make them much less impactful and/or emotional. Why remake the scenes unless you’re going to improve on them?

Take the scene where Mulan returns home and reunites with her father. In the original, Mulan tells him that she saved China and gives him the medal of honor the Emperor gave to her. The father doesn’t care about all that though. He puts them aside and immediately wraps his arms around her, overjoyed that she’s home.

In the remake, they talk about their feelings instead of expressing them. The scene in the original was much more subtle.

Plus, her father isn’t that nice in the remake. He is much harsher, especially at the beginning when he tells her to suppress her Chi. The two characters don’t have a good relationship, so when they reunite, it’s not very emotional.

Also, they cut “Reflection” entirely, and instead of having a drawn-out scene where she ponders over why she can’t live up to society’s expectations, they have a shot of her looking a little sad that she failed the test. That’s it. The moment where she’s sad only lasts a few seconds, even though that should be the scene that defines her character.

The last one I’ll talk about is her conversation with the Emperor after she saves China. The original scene is one of the memorable out of all the Disney movies. The entire city bows before her, showing respect, proving that a woman can break gender norms.

In the remake, they cut this part entirely. The Emperor says “thanks” and that’s about it.

The problem isn’t that they cut these scenes – it’s that they didn’t replace them with anything better.

It has the same fundamental problem as Beauty and the Beast (2017): the original did not need a remake. The Lion King stands as one of the greatest animated movies of all time and there are few ways you could improve it.

Again, like Beauty and the Beast, the remake is the same movie over again, except with The Lion King (2019), there are even fewer changes.

That’s not the main issue though. The characters in this movie are animated and are meant to look as photo-realistic as possible.

They go somewhere in between, where the characters pull some facial expressions, but they’re not very – well… expressive. It’s hard to describe, you’d have to watch a clip, but the expressions are held back and restricted.

You can’t feel sad for someone if they’re only a little sad. Mufasa’s death in the original was heart-shattering because we saw Simba get really upset. In the remake, he barely looks upset. It’s like he’s not feeling anything.

Every scene is like this, where you can’t feel for the characters because they don’t look like they feel anything. You can’t have a movie where the characters don’t show any emotions.

Ironically, I’ve just been moaning about how unoriginal these movies are, and yet the one that’s the most original is my least favorite Disney live-action remake.

I appreciate that it does something new, and I wish more Disney remakes tried to create something new instead of copy the original.

However, for me, the weird visuals and designs in this movie are way too much for me. I appreciate the originality and the imagination behind it, but it’s too weird for me. I think that also has to do with it all being CGI and not practical effects. While I’m sure it looked great in 2010, the effects don’t hold up.

And the characters are too weird for me too. The visuals and characters were bizarre in the original, but they did have a charm and a kind of beauty to them. These designs just don’t work for me.

While it doesn’t follow the same story as the original, the story isn’t actually very new. It takes lots of elements from popular movies at the time such but doesn’t do anything new or different with them.

I don’t think many people would say this their least favorite, but for me the designs just creeped me out and really brought the movie down.

If you don’t yet have the Disney Plus Streaming service you really should! It is packed full of fabulous content to watch.

Which do you think are the Best Disney Movies On Disney Plus? What would be your Top 5 Pixar Movies to Watch on Disney Plus Leave me a comment below.

20 Best Disney Movies On Disney Plus 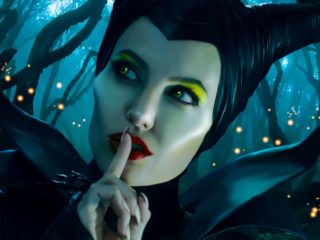 Disney Villains Quiz - How Much Do You Know?
← Read Last Post 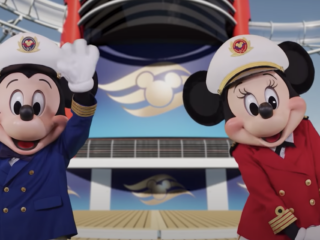 My least favorite was Maleficent. Angelina was good but everything else I did not like at all lol.