Want to find out the newest Disney Cruise ship name? And learn more about the new Disney cruise ship which is due to be launched in summer of 2022?

It was first announced in July 2017 that there would be two new Disney Cruise ships. Shortly after that this was changed to be not two, but three new ships.

At first the new Disney ship was due to be launched in 2021. However, the pandemic has pushed that forward until Summer 2022.

The name of the new cruise ship is Disney Wish.

However, the name Triton is now thought to be for the class of ships. The original Disney ships, the Wonder and the Magic are known as the Classic Ships. The Dream and the Fantasy are the Dream Class Ships.

There were many contenders for the Newest Disney Cruise Ship Name. Of course some of these ideas may be used for the sixth and seventh ships in the Disney Cruise fleet.

Enchantment was a particular front runner. Imagination also has to be high up on the list. However, there is already a Carnival Cruise Ship named Imagination.

It seems unlikely that there will be a cruise ship named Disney Princess, as there is another cruise line by this name. Also, it is unlikely that the Disney Cruise Ships will be named after any specific character, as this would not follow the trend of any of the other names.

There are of course many references to Disney characters in the ship design, such as Tiana’s Restaurant and the Disney Cruise Ship Stern Characters. However, it is unlikely that a Disney ship will be named after a character.

The names of the other two ships will need to fit in with the name Disney Wish. The Magic and Wonder go together as do the Dream and Fantasy.

Ideas for that would be Imagination, Imagine, Believe, Hope and Joy. Once you start thinking of the possibilities it makes you realize how difficult choosing a name for a cruise ship must be!

One of the best ways to keep informed is to join our group which offers news, pictures, reviews and even giveaways. Click on the link below to join!

If you want an overview of all the news you can go to Disney Wish News and Rumors. Or if you want to see the progress on the building of the ship here is the place at Disney Wish Construction Updates. Join in the debate about who will be the Disney Wish Godmother and discover what Disney Wish Concierge might be like. 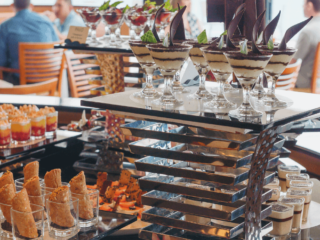 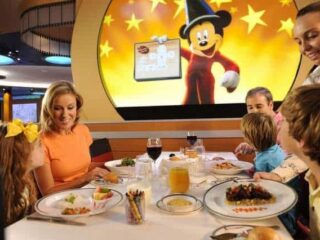