Are you wondering what the new Disney Wish Cruise Ship Concierge will offer for guests?

The new Disney Cruise ship is due to sail her maiden voyage on 9 June, 2022.

On 29 April 2021, more details were revealed, including some amazing concept art that shows something of what we can expect from the concierge staterooms on the Disney Wish.

Let’s start with what we do know.

They will join the Classic Ships (Disney Magic and Disney Wonder) and the Dream Class (Disney Dream and Disney Fantasy).

The Disney Wish is being built at the Meyer Werft ship building yard in Germany. Both the Disney Dream and the Fantasy were built here.

The actual Steel Cutting began on March 22, 2020 – so construction has begun.

How much bigger is the Disney Wish than the Fantasy and the Dream? The Disney Dream Class of Ships is 1,114.7 ft long with a width of 137 ft.

How Many Concierge Staterooms Will Disney Wish Have?

We know that there will be 76 Concierge Staterooms on the Disney Wish.

It seems sensible for Disney, particularly in the present market, to put even more emphasis on Concierge Space. It is much higher revenue and very high demand.

Prior to the March 2020 shut down, it was very rare that Concierge Staterooms remained unsold and were available on Embarkation Day.

Therefore, as Disney Cruise Lines knows there is a high demand for this space, this is likely why there are going to be many more Concierge Passengers on the Triton Class Ships.

The Fantasy and Dream both have a total of 41 Concierge Staterooms and Suites. All are located on Decks 11 and 12 of the ship.

This is as I predicted. There is huge demand for Concierge staterooms and it makes sense to offer more of them.

The staterooms are beautifully furnished with a Disney Tangled theme.

Concierge Staterooms which sleep up to five guests. They will have spacious living areas and deluxe King beds. These staterooms will have a luxury finish and premium amenities.

One Bedroom Concierge Suites will have the same luxury amenities and include a living room, a master bathroom with a large tub and rain shower, an additional bathroom, and spacious walk-in closets.

A very new concept is the Oceanview Concierge Staterooms which are located over the bridge. There will only be seven of these staterooms available and they will have floor to ceiling windows overlooking the bow of the ship. These will be themed after The Little Mermaid.

These Concierge Staterooms will not have a verandah, but will have amazing views.

More information was given about the Royal Suites.

The big news was that for the first time, the Disney Wish will feature two story Royal Suites. We have seen this on other cruise lines, but this is a first for Disney.

Also, there will be a total of four of the Royal Suites. Two will have 2 levels and the other 2 will be on one level.

The two-story configuration is a first for Disney Cruise lines.

The Royal Suites will have a spiral staircase, stain glass art and stunning decor.

What will the Disney Wish Concierge Lounge be like?

On the existing Disney Cruise ships ironically the older ships have the nicer lounge and outdoor space in our opinion.

The Disney Fantasy and Dream have a lounge with no outdoor views, and the deck is also enclosed so there are no views out to the ocean.

In contrast, the Disney Wonder and Magic were built without a concierge lounge or space at all. They were retrofitted.

This meant that the space is actually much nicer on the older ships as the lounge has huge windows with great views. The outside deck is also nicer, as it has ocean views.

So what will the Concierge Lounge be like on the Disney Wish?

The space will be even more spectacular on the Disney Wish. We know that it will be more than three times the size of the other Concierge Lounges on the Disney ships.

The Wish Concierge Lounge will have a full bar, snacks available and an area dedicated to children. There will also be an outdoor terrace with amazing views.

As anticipated not only will there be a Concierge Sun Deck but that this will include a wading pool and two whirlpools. It will have luxury outdoor furniture and its own dedicated pool deck concierge.

We did get some details of the new restaurants on the Disney Wish. However, there was no mention of any concierge restaurant.

We did learn that there will be Palo Steakhouse and the new Enchante adult-only dining. They are both themed after the movie Beauty and the Beast.

Definitely on my wish list for the new Disney ships is that the Concierge area has it’s own pool. I admit that I tend to avoid the family pools on the Disney ships these days – my kids are older and I can use the adult areas a lot more than I used to be able to.

One thing which a number of cruise lines have for their concierge guests, but Disney doesn’t right now, is reserved seating for the shows.

The entertainment on Disney ships is simply the very best at sea. Each ship has Broadway-quality shows which are included in your cruise fare.

We now know that Disney Wish will have Aladdin as one of the shows.

If the Disney Wish has designated seating for Concierge Guests, obviously this would have to be in a certain area of the theatre. In my experience with other cruise lines, it isn’t necessarily that the concierge guests get the absolute best view in the house. Often it is on the highest floor of the theatre seating at the side. This can be an awkward area to view the stage from.

The Disney ships don’t do this at the moment. It is difficult to see how they would. They could reserve the very front row, but this isn’t the best seat in the house. That is probably around 5 rows up in the middle and I am not sure how the Cast Members would organize this!

I think it is likely that the Disney Wish will offer a separate area in the Walt Disney Theater for Concierge Guests. Most cruise lines do these days and it is a very nice perk not to have to get to your seat too early.

A separate viewing area for the Pirates in the Caribbean fireworks would also be a very nice concierge perk.

Will the Disney Wish have a priority line for the AquaMouse for Concierge Guests?

That would certainly be nice!

Free Internet For Concierge Guests on the Disney Wish?

I am sure that Disney Cruise lines will up it’s internet game on the Disney Wish new ship. I don’t pretend to know any of the technical details, but a brand new ship can surely have a much better internet connection than one built a decade ago.

If you sail in the Walt Disney or Roy O Disney Suite you do get “free” internet. It would be great if Disney would give free internet to all Concierge Guests. However, I think it is unlikely.

Right now if you sign up for Disney Cruise Internet on the first day of your cruise you get 50 mb for free. Concierge Guests get 100 mb free. In my experience though, as it is based on data rather than a daily rate, you can use that up in minutes if you forget to turn off everything that pulls data on your phone.

I really hope Disney moves to a per day system for internet and moves away from the data based charging. Most other cruise lines have so it’s time for Disney to catch up!

When the Disney Wish launches it will most likely have all the Concierge Benefits which the other Disney Ships have already.

What exactly are the concierge benefits? Sure, there are nicer staterooms and the private space, but what else does Disney Cruise lines offer to its concierge guests.

Disney Cruise Concierge Before You Sail

The perks of concierge status start even before you sail on your Disney Cruise.

The perks start 120 days prior to your sail date when your booking window for onboard events, port adventures, and any other special requests starts.

You can contact your Concierge Team with your personal preferences and requests 125 days prior to sailing, and they will make the bookings on your behalf when the 120-day booking window opens.

A dedicated Concierge Services Specialist is available Monday through Saturday, 8:30 AM to 5:30 PM. You can ask them to assist with:

Once the day arrives for your Disney Cruise to start there are some very nice perks and benefits to being a Disney Cruise Concierge Guest.

One of the best perks is that you will get to board the ship before anyone else. Concierge guests are always in Boarding Group 1.

Not only can you be first onboard the ship, but instead of going to the craziness of Cabanas as the start of your cruise, you get to go straight to the Concierge Lounge if you want to. There are buffet snacks and drinks available.

Here are lots more details about Embarkation Day on a Disney Cruise.

Once you are on your Disney Cruise ship, the Concierge Service is exceptional.

Your Concierge Team will do everything they can to make your cruise the best vacation you have ever experienced.

You have upgraded stateroom amenities:

Throughout all of your stay you have your fabulous Concierge Team on hand who will do anything they possibly can to make your stay extra special.

Will you be staying in one of the Disney Wish Concierge Staterooms? 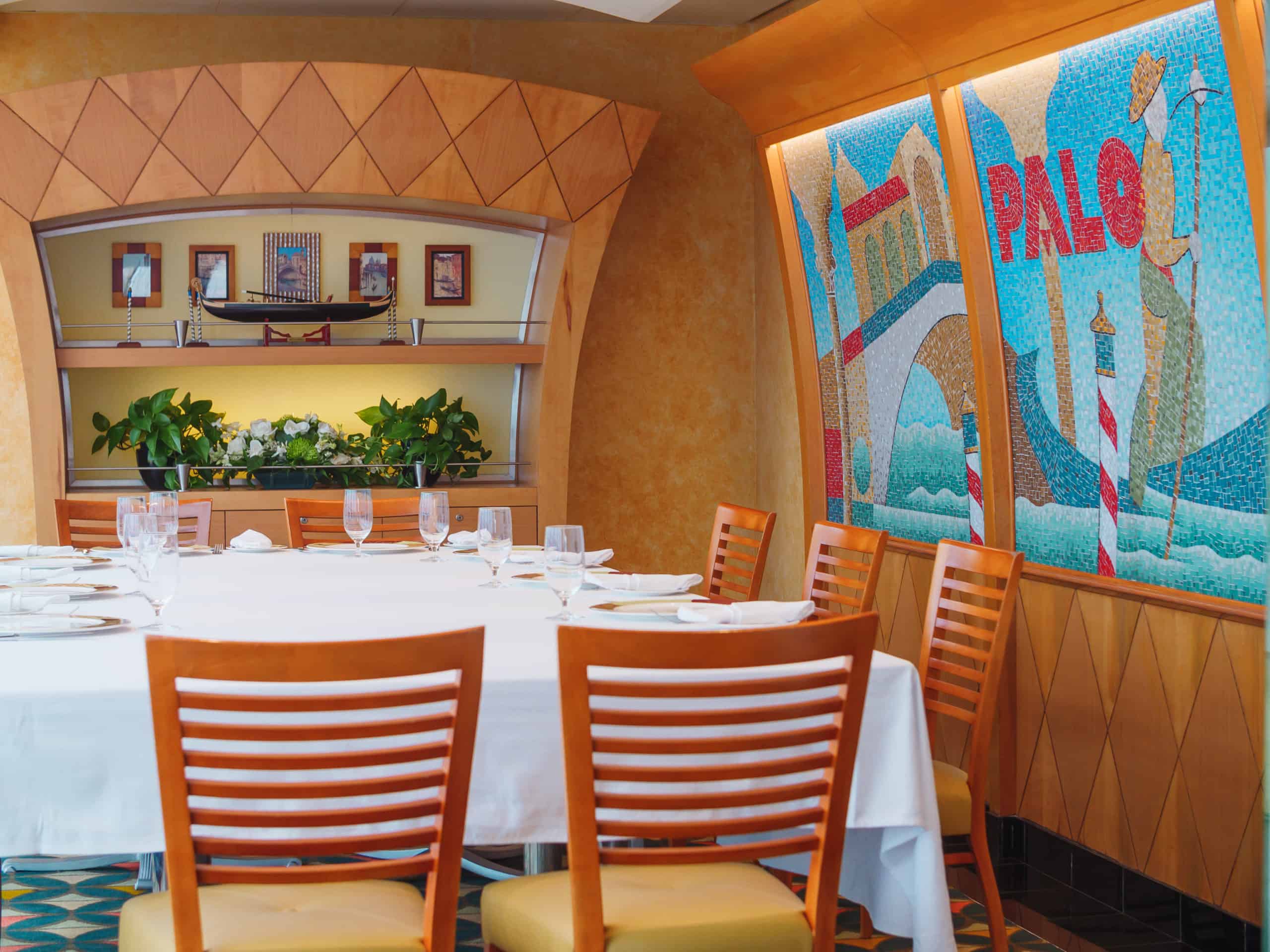 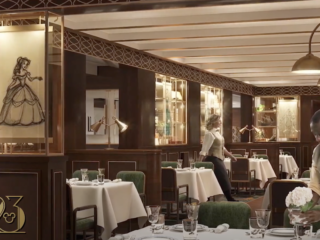