The Disney Wish is so close now to its maiden voyage on July 14 and we are all so excited to see details of the interior of this fabulous new Disney Cruise Ship.

Disney Cruise Line has released some pictures of one of the rotational restaurants and the Disney Wish Buffet.

“Our newest ship is a celebration of nearly 100 years of enchanting Disney stories. Filled with one-of-a-kind experiences inspired by Disney, Marvel, Star Wars and Pixar adventures, the Disney Wish embodies the spirit of forward-thinking innovation and visionary storytelling heralded by Walt Disney himself.

In fact, Imagineers were so inspired by the creative hallmarks of The Walt Disney Company that they decided to celebrate this legacy in the design of two beautiful dining venues: 1923 and Marceline Market”.

The Disney Wish has three new main dining restaurants. The new 1923 restaurant is inspired by the man who started it all – Walt Disney.

Walt Disney and his brother Roy started the Disney company in 1923. The studio was Hollywood’s very first animation studio. The art form and technology were taken to new levels and have evolved into the industry that we know today.

As always, the Disney imagineers have created something incredibly special. On the walls and glass display cabinets around the restaurant you will see more than 1,000 drawings, props and artefacts.

The legacy of the Disney stories and animated movies will be celebrated such as:

Of course the theme does not stop with the decor. The menu pays tribute to the Disney company origins in California. Much like the Carthay Circle Restaurant in Disney California Adventure, 1923 will have a selection of dishes inspired by the fusion of cultures in California.

The new 1923 menu is inspired by the region’s unique blend of Asian, European and South American cuisines.

There will also be a selection of fine Napa Valley region wines.

Marceline Buffet on the Disney Wish

Walt Disney grew up on a farm in Marceline, Missouri.

He never forgot his origins and found inspiration for much of the design of Main Street in Disneyland in his original home town.

It also shaped his love of trains and animals, which have always been an integral part of the design and attractions at all the Disney Parks.

It is only fitting that a place on the Disney Wish celebrates Walt and Roy’s original hometown. Of course Disney can make a buffet a work of art!

The buffet will be split into sections, like on the Disney Dream and Fantasy. This design helps to improve the flow around the area and reduce waiting time.

Each of the 10 food stalls is themed to a Disney movie. Spanning the almost 100 years of animated movie making the stalls will range from the classic movies such as Alice in Wonderland, to the more uptodate Zootopia.

This design incorporates characters from the movies who are “shopkeeper”.

I have so many tips and guides to the Disney Wish to share with you!

We have all been waiting so long for this new Disney Cruise Ship. It is over a decade since the last Disney Cruise ship launched – so the excitement has been building for a long time for the new Disney Wish.

Here you can learn what we know about the Disney Wish Restaurants that are planned. These include a Disney Frozen-themed restaurant.

One of the most exciting new features of the new ship will be the Disney Star Wars Bar!

Here is the most comprehensive guide to the Disney Wish Staterooms including where you will find the very best Disney Wish Inside Staterooms.

There will be so much to do for both children and adults on the Disney Wish. 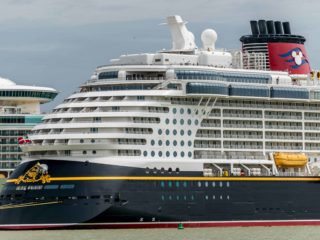